Journalist, Political Insider and Legal Reformer, Ed Murnane, ’66, Got His Start at NIU 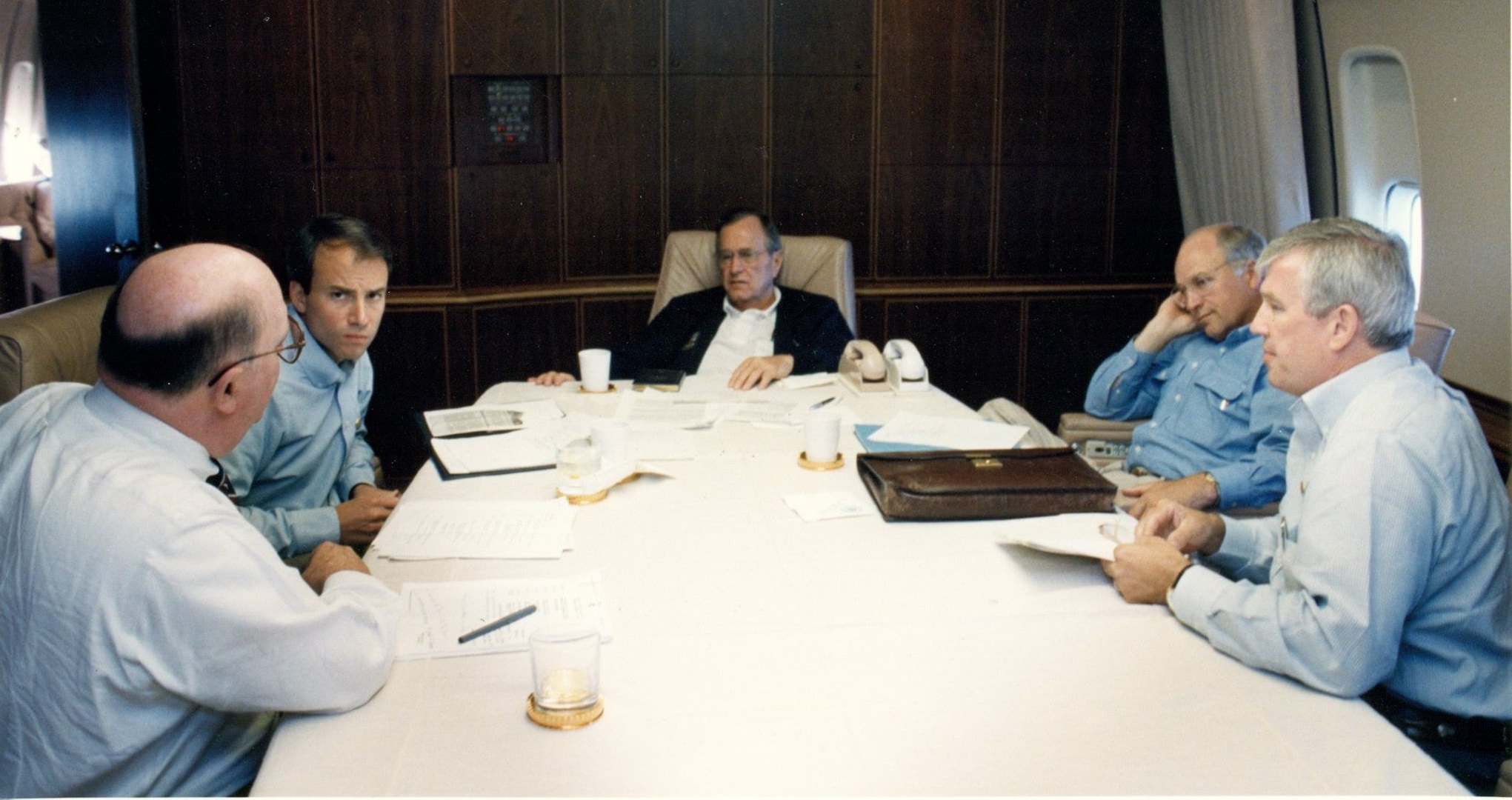 Beginning as a journalist, venturing into the world of American politics, and finally serving as an advocate for legal reform through the Illinois Civil Justice League, Ed Murnane, ’66, has been a witness to the best and worst humanity has to offer.  He’s rubbed elbows with world leaders, been present for some of history’s most famous (and infamous) political moments, and he has been able to make his mark on the world around him. At age 75, Murnane said he has done as much as he could have hoped for, certainly a lot more than he expected to do when he was still a student on campus.

Political and community involvement was in his blood from an early age. Now-Republican Murnane grew up in a Democratic family, on the southwest side of Chicago. His father was a Democratic precinct captain and had many Democratic political friends. Still, when Murnane started at Northern Illinois University as a freshman in September 1962, he was convinced he wanted to become a teacher. He had always been gifted with numbers, and he enrolled as a math major and a physics minor. But he also had a talent for, and interest in writing.

“I had newspaper routes when I was in grade school and the early high school years, and I was always interested in newspapers, so when the math and physics career prospects lost my interest, I decided to try a journalism major,” he remembered. “I had become quite active in the Newman Club at NIU, and they asked if I’d be interested in writing for their monthly newspaper.

“I agreed, and after a few months of that, plus the journalism classes I was taking, I decided that journalism, and eventually a newspaper career, was the future for me.”

Murnane ended up working for the Northern Star in his junior year and became one of the editors and columnists for the paper as a senior. That was also the year the publication became a daily newspaper so it was almost a full-time job.

“I loved it, and became pretty good at it,” he said. “Those of us who were editors would not only report, write and layout the paper, but each night, but at least one of us had to go to the offices of The Daily Chronicle to oversee the actual layout and assembly of the Star before it was printed there. It was a tremendous learning experience.”

(L-R): Murnane's wife Laurel, President Bush, Murnane's daughter Terri, and Murnane pose for a photo in the Oval Office of the White House in December1992.

Murnane noted that he was fortunate that the journalism program at NIU was developing a very good reputation at that time. He was recruited during his senior year and offered a job with Paddock Publications, a chain of newspapers in the Northwest Suburbs of Chicago, where he started working the Monday after college graduation. Paddock was a rapidly-growing chain at that time, and during the five years Murnane worked there, it grew to include a daily newspaper—the Daily Herald—and expanded throughout the Chicago suburbs. It was a case of excellent timing for a young journalist like Murnane, who advanced to a city editor position before becoming the publication’s political editor.

“Among the most memorable early memories I have from that time was covering the 1968 Democratic Convention in Chicago,” Murnane said. “I was exposed to tear gas when the police were trying to quell the rioting that took place outside the convention center. It was quite an experience!”

Soon after, Murnane was honored by the American Political Science Association with a Congressional Fellowship, an award they gave to younger journalists who had demonstrated talent in understanding and reporting on politics. Besides the honor of the award, one of the real benefits was being asked to work on Capitol Hill for a year, splitting the time working as staff for a U.S. senator and then a member of the U.S. House of Representatives. Murnane moved with his wife Laurel and their young children to a suburb of Washington, D.C., for this once-in-a-lifetime opportunity.

“I spent the first six months on the staff of Senator Carl Curtis, a Republican from Nebraska, and learned a lot about how Congress worked, and how Washington itself worked,” Murnane said.

“While working there, I was approached by an Illinois Congressman, Philp Crane, whose campaign and election I had covered as the political editor of the Daily Herald. He asked me if I would spend my second six months in his office.”

Murnane agreed to take on the role and, eventually, Congressman Crane asked Murnane to join his staff in Washington and serve as his press secretary.

“While I had some misgivings about giving up a newspaper career, I was intrigued by the government and political world, and the excitement of Washington was tantalizing,” Murnane said. “We attended two Presidential Inaugurations, met Presidents Nixon and Ford—and yes, we experienced the Watergate hearings. As Congressman Crane’s press secretary, I had to learn how to deal with the news media.”

In this role, Murnane also got to know a lot of Washington press and prominent national Republican leaders. Crane was a rising star in the Republican Party, particularly in the conservative wing of the party, and Murnane’s newspaper background positioned him well among Conservative Republicans who frequently had difficulty getting the attention of the media. From these connections, Murnane was able to work in public affairs and political consulting in Washington for years before becoming eventually was handpicked to serve as Deputy Assistant for President George H. W. Bush in 1992.

Over his years in the nation’s capital, Murnane worked for two presidents—Ronald Reagan and George H.W. Bush.

“I think working for a President is unlike any other job,” Murnane said. “The goal of the staff is to make sure that everything the President wants done and needs is accomplished. There has to be a total commitment by staff, and if a staff person can’t support the President and his goals and objectives, that person ought to leave.”

Murnane noted that he got to know the first President Bush well, spending a lot of time with him and traveling on Air Force One with him whenever he left the White House.

“When you’re with someone virtually 24 hours a day, and sometimes with his wife and family, you become attached. It was very fulfilling work. Not everyone gets to do that, and I am very fortunate and grateful.”

After Murnane’s years in Washington, he went on to spend more than 20 years as the president of the Illinois Civil Justice League, a broad-based community organization that fought for legal reform in the state. In this role, he tirelessly worked to reduce the cost and impact of litigation on the state of Illinois and to improve the fairness of the Illinois judicial system through election and appointment of fair and un-biased judges.

“We had some very positive successes, as well as some failures, but it was a very satisfying time. Much of that would not have happened if I had not had the earlier successes in government and politics—and communications, which all began at NIU.”

Today, Murnane says he is semi-retired, but his natural curiosity is still at work. He often pens op-ed columns for the Daily Herald and works as a photographer for his church. In recent months, Murnane has also lectured to political science and journalism classes at NIU.

To this day, there is a special place in Murnane’s heart for Northern. It was the place where everything began for him, where, most importantly, he met fellow NIU student Laurel. They married in 1966 and have spent the past 53 years together.

“NIU still means a lot to me,” he says. “Not only did it help me change my career goals in college, but it also helped set me on a path that was fairly successful for more than 50 years.”