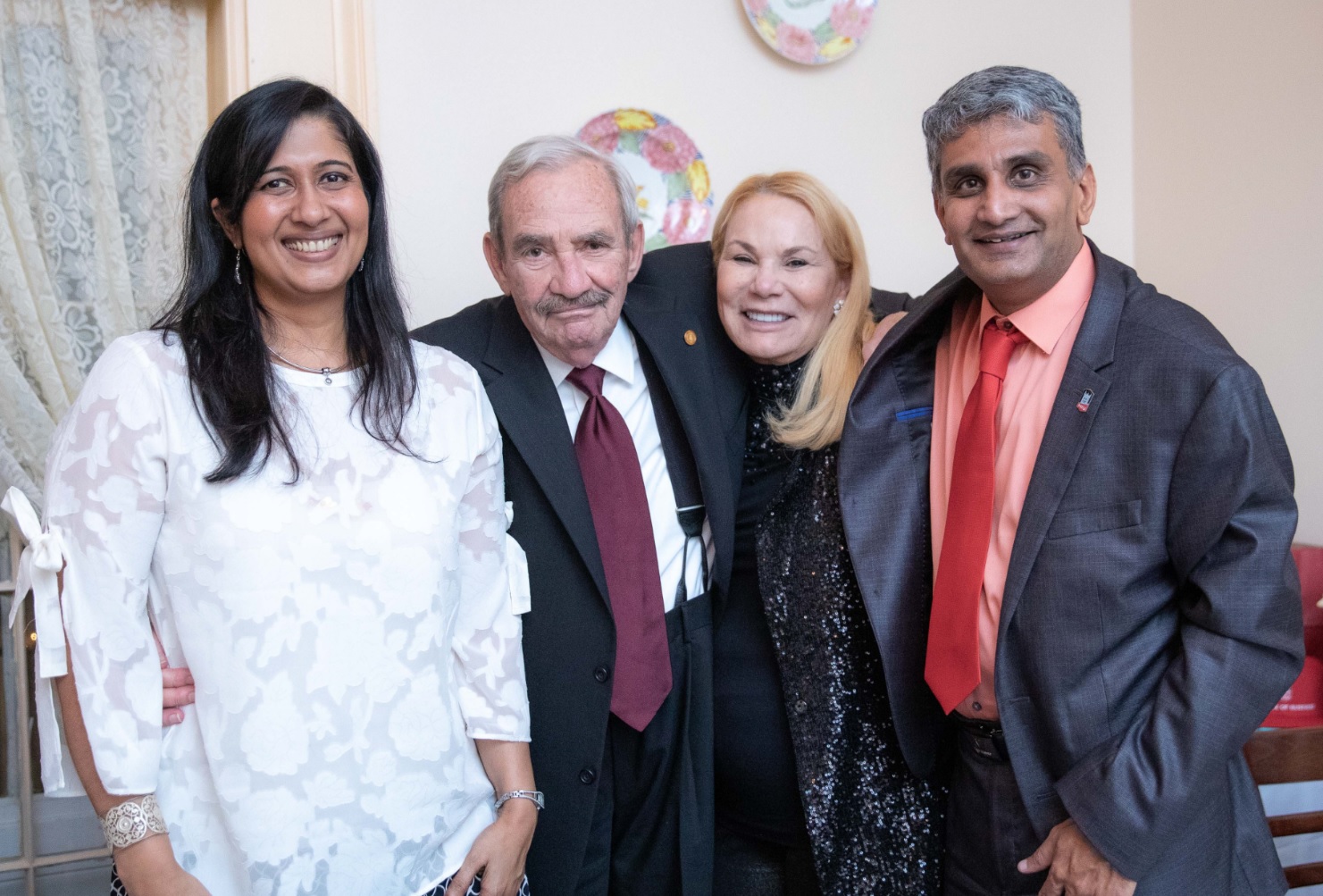 In December, accounting alumnus Dean DuCray, ’64, M.A.S. ’69, received an honorary doctorate at the graduate commencement ceremony. Known for his sense of humor and hard questions, DuCray entertained graduates, faculty and guests with a humorous acceptance speech, imparting wisdom from his 25-year career in accounting for large corporations.

When DuCray came to NIU in 1960, he was an underdog. He had not graduated from high school and entered the University through a high school equivalency exam. DuCray was a poor, first-generation college student who came from the west side of Chicago. His father sent him off with $10 and wished him well in school. Tuition, at the time, was a little over $100 per semester, and DuCray had to work several summer jobs to fund his own education.

When it came time to choose his major, DuCray was unsure and decided on English before stumbling upon his accounting talent on a whim.

“Over Christmas break that first year, my mother’s cousin who had a seat at the New York Stock Exchange picked me up in a chauffeur-driven limo. He asked me what my major was, and I said ‘English.’ My uncle said, ‘What are you going to be? An Englishman?’” DuCray remembered. “I asked him what he suggested I do, and he told me to take a bookkeeping class so that, after I failed out of college, I could be someone’s bookkeeper.”

DuCray thought this sounded like some good advice, so he took an introductory accounting course.

“It was the easiest A I ever got in my life, and I thought ‘No more of this English stuff. I’m an accounting major now!” he said. “I knew I had a gift for numbers, but I didn’t know what I wanted to do (until that class).” 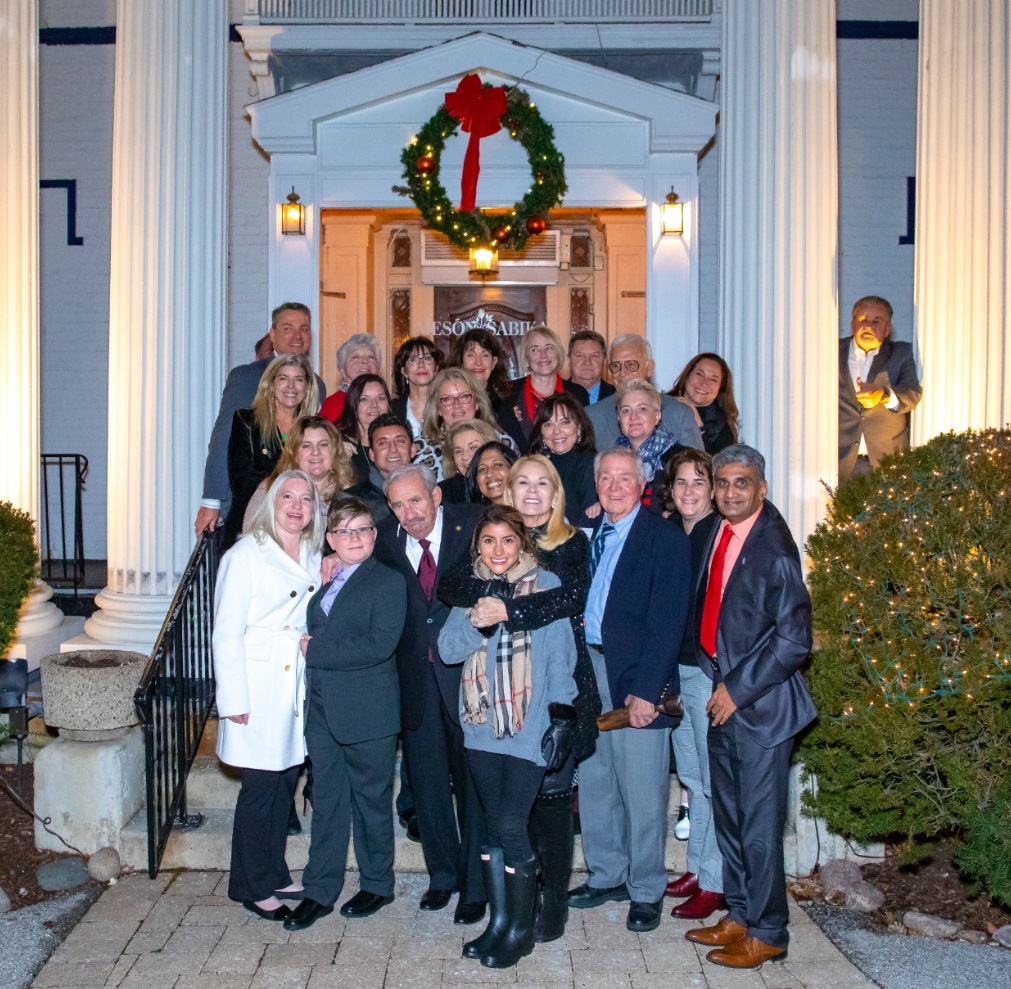 DuCray (third from left in front row) attends a dinner celebration for his honorary degree. DuCray's family and friends came together to pay tribute to his accomplishments.

While in school, DuCray was an active student, participating in the Psychology Club and several fraternities. In fact, he was the president of Theta Chi and the vice president of the Interfraternity Council. His professors described him as a slightly unique student, in that he brought energy and enthusiasm to class, as well as thinking outside the business norms. While he was respectful and humble, he was quick-witted, critical and even contrary. Always an insightful problem solver, he was a great benefit to the class. Don Kieso, a professor in the department at the time, secured DuCray an internship at Haskins & Sells’ Chicago office during his senior year. The partners were so impressed with him that they promised him a full-time job after he graduated.

DuCray finished his coursework in 1964 and graduated with a bachelor’s degree in accountancy; however, he felt a calling to enter the Peace Corps, a new volunteer program that President Kennedy launched to assist underdeveloped countries. Before leaving for the Peace Corps, DuCray had to attend classes, learn gardening and master basic handyman skills. He was assigned to Liberia, where he spent the next two years teaching and assisting with civic and community development.

When he returned, DuCray once again put off Haskins & Sells to pursue his master’s degree and CPA certificate. While taking classes, DuCray worked for a local CPA firm in DeKalb. His boss reported that he was the hardest working and sharpest auditor he had known.

After graduating with his master’s degree in 1969, DuCray finally went to work for Haskins & Sells, but not in the Chicago office; he went instead to the Los Angeles office where he did extremely well. The partners remarked that he was a unique auditor because he thought “outside of the box” and was known as a disrupter. They recognized his strategic ability and encouraged him to move to the New York headquarters where they housed a think tank and where his talents would be better utilized. So DuCray went off to New York.

While he was excited to work in New York City, DuCray was concerned that his degree from NIU would not be as good as his peers, who went to Wharton and other Ivy League schools. He found, however, that not only was his degree good enough for the east coast; many times, it was better than the pricier schools of his counterparts, due in part, to NIU’s practical, hands-on instruction. DuCray stayed at Haskins & Sells for several years before moving on to manufacturing companies like York International Corp., where he retired in 1991.

“I really think that Northern gives the students a better chance,” DuCray said, remembering a conversation that impressed him in December. He had been talking to President Freeman at the graduation ceremony and asked why NIU was keeping its tuition low compared to other institutions. “President Freeman said, ‘That’s so we can help students who come from underserved communities.”

This mission of opportunity always resonated with DuCray’s memories of humble beginnings. For this reason, throughout his career, DuCray gave back to his alma mater. “I was able to compete with the “big boys” right out of the gate, and for that, I am forever grateful,” he explains.

These days, DuCray is busy traveling and enjoying a full retirement with his wife Brenda. At the time of this interview, he was packing for an adventure in Dubai and a castle in Morocco. Still, he reflects fondly on his trip back to the cornfields of Illinois to receive his honorary doctorate.