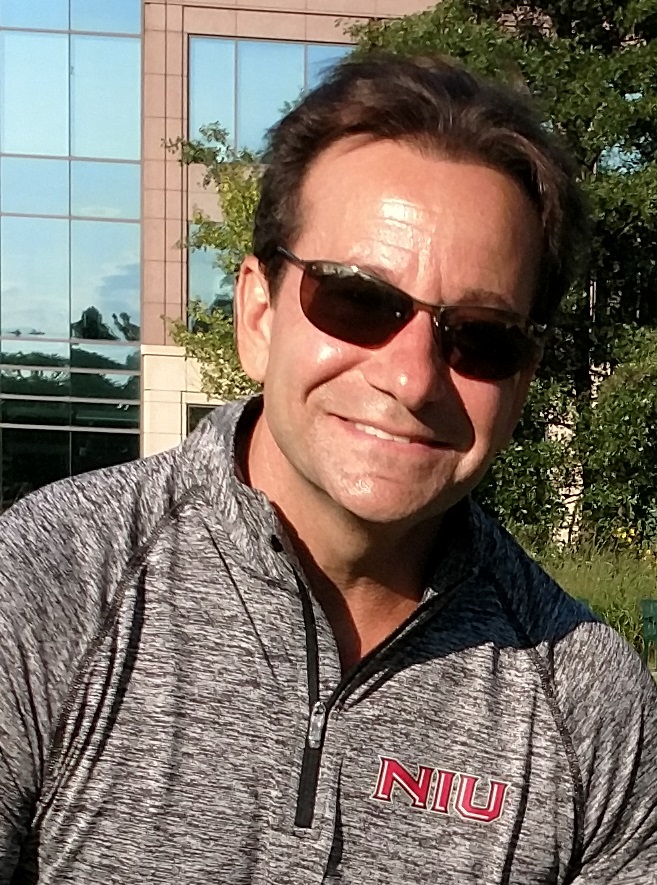 A champion NIUAA social media ambassador, a regular alumni volunteer and event attendee, Angela says his NIU circle has only widened over the last three decades, with the NIUAA's help.

Matthew Angela, ’84, has had decades of success in the healthcare field as senior director, of marketing and customer relations at Illinois Health and Hospital Association (IHA). He says, however, that he could never have done it alone.

From the moment he stepped onto NIU’s DeKalb campus and began meeting people, his professional and personal lives grew and prospered.

“To me, going to NIU was just as much about the socialization and the big campus as it was about the great classes. I was able to be independent and make my time in DeKalb my own. I had a complete life in DeKalb, versus simply going to school and feeling like I was missing out on life,” he said.

Angela met lifelong friends that he still keeps in touch with today.

“I’ll never forget connecting with so many people,” he said. “I was just enjoying that we were all in a similar situation in life, and we were all learning so much from other people with diverse backgrounds. It changed my life.”

Originally from Dayton, Ohio, Angela moved to Chicagoland in junior high for his father’s new job. His mother worked at Illinois Benedictine College (now Benedictine University) in Lisle, Illinois, when he was a teen, and Angela secured a job on the college’s grounds crew. Knowing the campus and staff well, he began his college career at Benedictine, but soon felt he was missing out.

“I had friends who were going to NIU, and so I visited them often, maybe every other weekend or so. My older brother, Chris, also graduated from NIU. I decided to transfer to NIU because I wanted the opportunities and the energy that comes with a big school. There was such a big pool of people and so much energy at NIU, and I just fed off that.”

Like many Huskies, college was a time of discovering potential and strengths for Angela. As a marketing major in the College of Business, Angela began studying hard for the first time in college, earning all As and an occassional B. The classes challenged him and opened doors to his future career interests. Even though the work was not easy, he kept putting in the time. 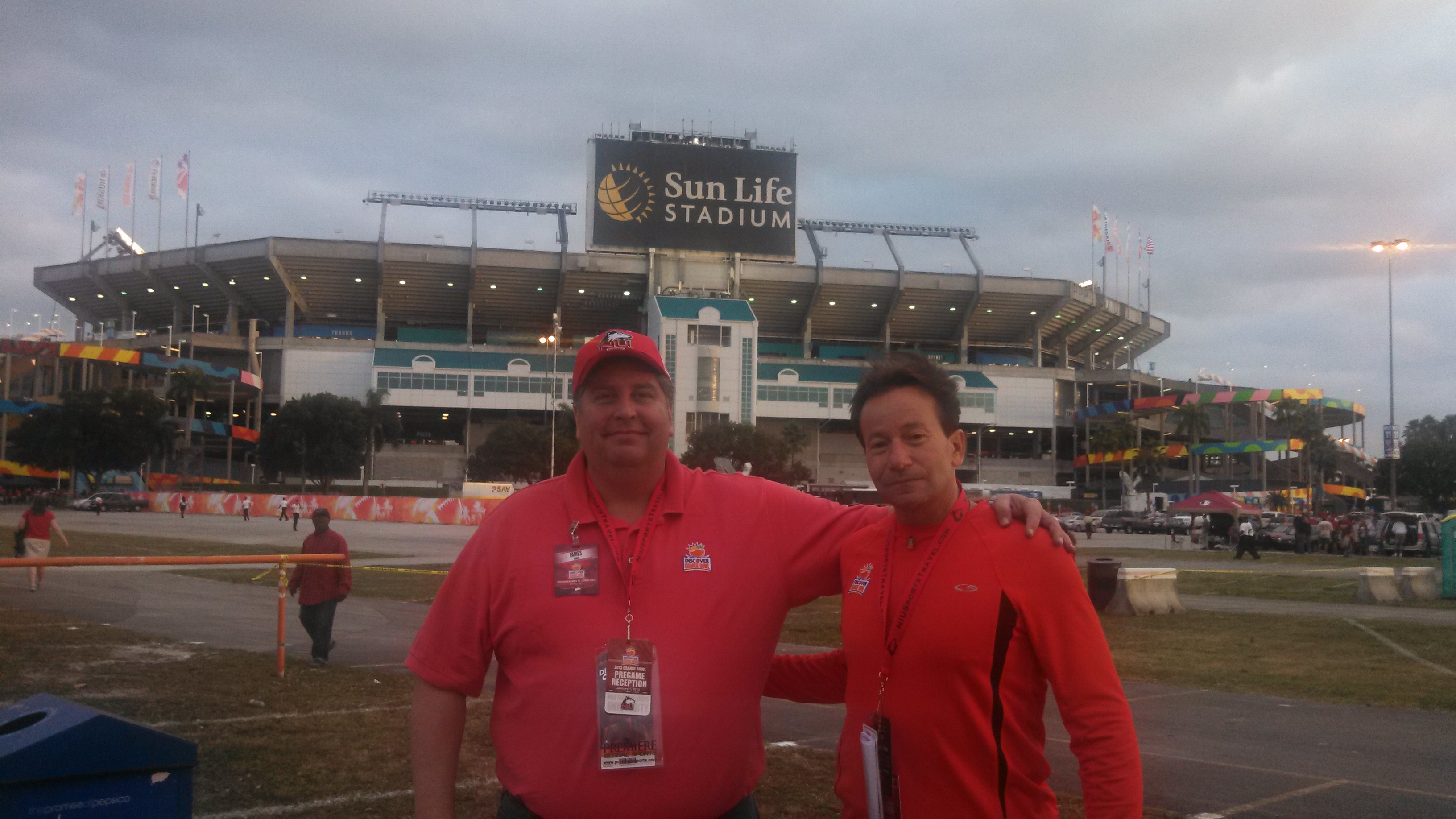 Angela (right) with Huskie alumnus and friend Jim Janic at the Orange Bowl game in 2013.

“I wasn’t necessarily a brilliant student,” he remembered. “I really had to work at it. It was a lot of time and a lot of effort for me. But the professors and the people I met made me feel like I had a place here, and I could meet my goals.”

As luck would have it, after graduating in 1984, Angela got his first job as an account manager at Wright Line, Inc., a computer product company, through an NIU connection.

“NIU alumnus Paul Chadwick was a manager there, and he wanted to talk to some NIU students for a few sales and marketing positions opening up. That’s how I connected with him. He was maybe five years older than me, and I thought of him as being so much more mature than I was,” Angela said with a laugh. “We talked about McCabe’s and places we would go on campus, and we connected over the vibe of NIU. That was only the start of my NIU network that just continues to grow to this day.”

From there, Angela moved to IHA, where he has worked for the last 33 years. He also went on to earn his M.B.A. from Benedictine University in 1990. As senior director of marketing and customer relations, he focuses on business development, offering various business resources to the organization’s 200-plus member hospitals and health systems in Illinois. Professionally, Angela feels a sense of fulfillment when he sees the tangible, positive results IHA’s products and services provide to its members. He finds meaning and comfort in the connection and community the IHA provides to its members.

Similarly, the community of the NIU Alumni Association (NIUAA) has meant a lot to Angela as he’s grown in his career and his personal life. A champion NIUAA social media ambassador, a regular alumni volunteer and event attendee, he says his NIU circle has only widened over the last three decades, with the association’s help. 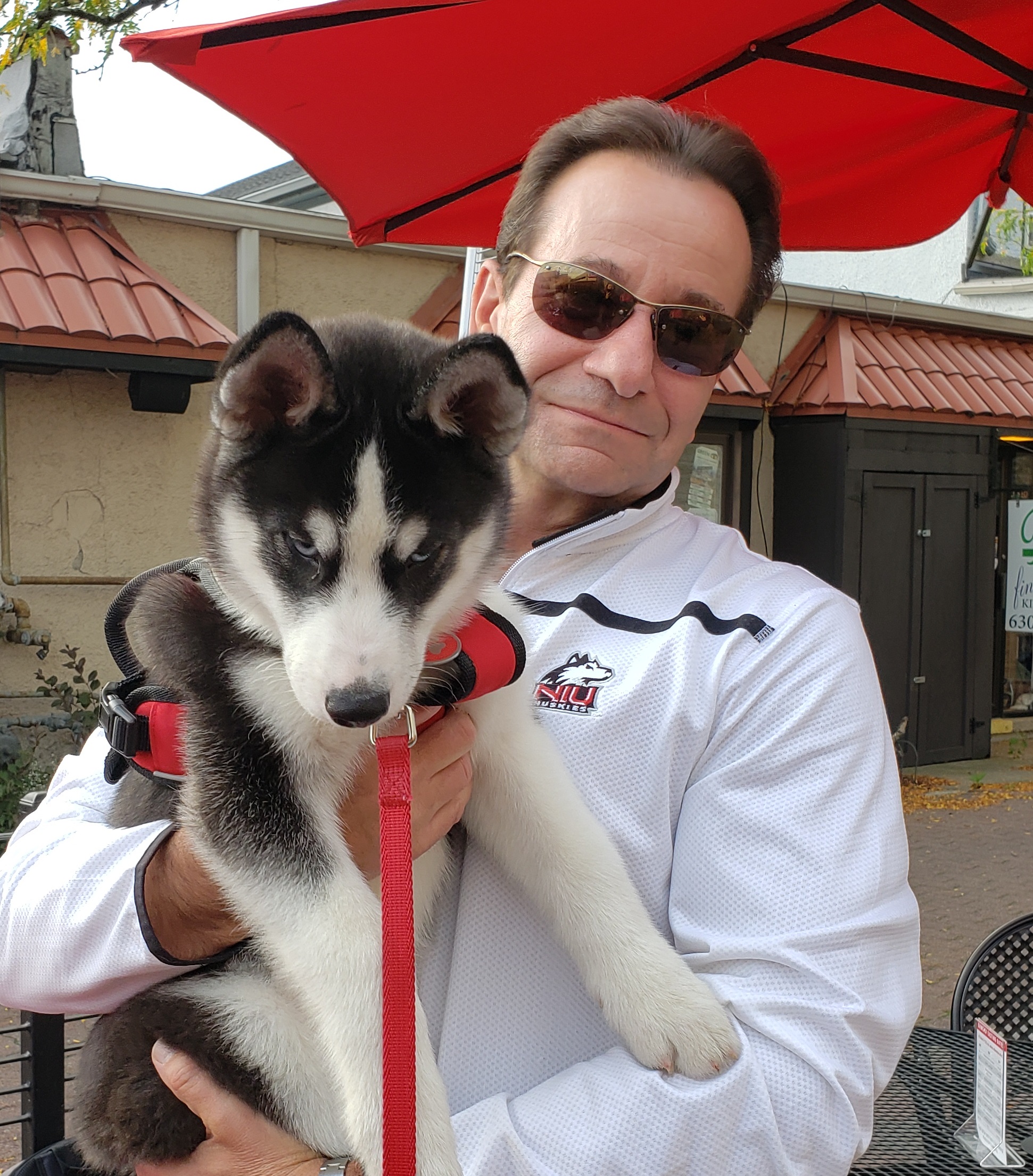 “I look at the NIU Alumni Association as another social and professional circle and part of my support system,” he said. “Having graduated three decades ago, you might think my NIU network would be getting smaller, but it continues to grow through various events, like the football bowl games I’ve attended over the years. Social media has also helped me to meet people. With the Alumni Association, it’s almost like you never graduate!  You’re always there.”

Angela recently filled an important volunteer role for the NIUAA, writing personalized letters to newly admitted students who are considering enrolling at NIU. These letters highlighted Angela’s personal and professional story as well as his experiences at NIU.

“(In those letters), I talked about time management, and how that helped me adapt to various people and diverse and challenging situations,” he said. “The skills that I acquired at NIU have been vital throughout my professional life. Being able to adapt to so many people and situations has been invaluable in my career and my personal life. And it’s been great to see the positive impact our letters are having on admission rates.”

Each year, it takes dozens of alumni volunteers like Angela to serve current student and alumni needs. Angela hopes all alumni consider what volunteering might do for them—and their personal and professional networks.

“When you volunteer at the NIU Alumni Association, you have proof that you’re making an impact,” he said. “You see results that are hopeful for NIU, that promote NIU, and it’s good to see those results. As a bonus, I’ve met people volunteering that have helped me to expand my network, and we’ve been able to help each other. It’s been worth it in every way.”