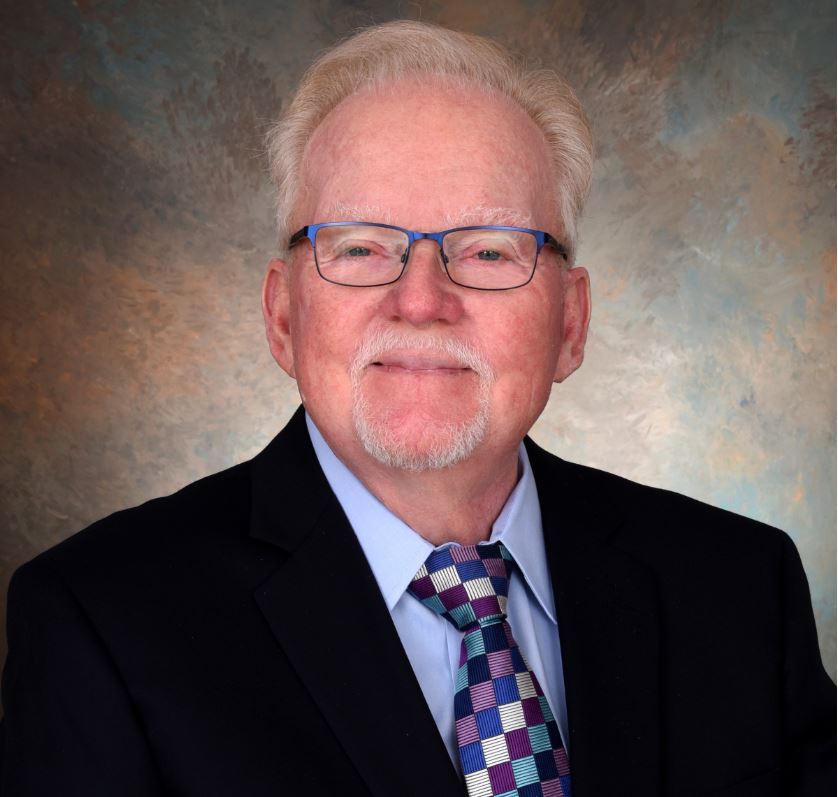 As a young man, he was an attentive and willing student. After graduating with his B.S. in business education and his M.S. in business administration from Illinois State University in the 1960s, he went on to be an instructor and administrator at several community colleges.

At the same time, he transitioned in higher education finance roles at Triton College and Morton College. Later, he developed analytical process for Joliet Junior College to prudently and responsibly manage its finances and public funds. Realizing that this process could benefit all public entities, he and his wife Mary developed software to specifically address important issues for public funds officers.

This was only the start of something big.

English’s financial consulting company, PMA Financial Network, created automated financial analysis tools that helped schools and districts so much, the firm eventually grew to serve clients in 10 states. After that, the analytics portion was spun off as Forecast5 Analytics and is currently in 28 states.

For his trailblazing accomplishments in these areas, English will be awarded the Distinguished Alumnus Award by the NIU Alumni Association later this month.

“As the consulting business grew, even when we were eventually handling $27 billion, it was always about how we could better serve our clients and their students,” English said.

The basis of English’s consulting was this: After years of working as an administrator and adjunct instructor at various colleges, including NIU, he developed a reporting process for Joliet Junior College to prudently and responsibly manage its finances and public funds. The information was priceless for public entities managing public funds, especially school districts.

“I was born at the right time,” he reflected. “If you look at population statistics, I was born in 1943, and that was one of the years that the fewest babies were born, due to World War II. So, I was a part of a very small cohort, relative to the years after this, when there was a baby boom. I had more opportunities and more jobs. Community colleges were being created at a very rapid rate in the 1960s.”

English says he “fell into” different roles because he had a knack for understanding the numbers and the practical needs of students and teachers.

“I understood how the banking systems work and how schools work,” English said. “I seemed to be able to figure out new ways to do things. I enjoyed it.”

In the late 1960s, English was teaching data processing, programming and accounting classes at Triton College when he was asked to transition into a dual teaching and administrative staff role.

“At Triton, they needed someone to put their books together,” English said. “They didn’t have anybody who knew how to put together debits, credits and statements. They asked me if I would do that in my off time. From there, I took over as the comptroller for the college.”

In 1970, IBM came to Triton and wanted to create an online real-time book-keeping system for the college. English was ready to learn.

“They wanted to work with our school because I knew something about systems analysis and programming, which was new at that time,” English recalled. “I worked on the design of the first online real-time system. When we finished in 1970, IBM looked at it and said there wasn’t enough money in the program, and they gave the college the rights to it, telling us we could use it however we saw fit, and I learned a lot from the work we did.”

English became the dean of Business Affairs at Morton College, as well as its CFO. Soon after, he accepted a role as vice president of administration and treasurer of Joliet Junior College. At this time, English began consulting, doing demographic studies for area school districts. He and his wife were repeatedly being asked by school districts to do consulting on automation of administration and clerical information. In the late 1970s, interest rates were erratic, and banks and savings and loans were failing, which gave English an opportunity to help school districts.

“There was no one out there who was really analyzing small banks and savings and loans,” he said. “I thought, ‘I’ve got to figure out how to analyze the institutions I’m dealing with,’ and I developed a simple process on how to analyze those banks.”

The Englishes worked on Apple IIe computers and stored their analysis program on a floppy disk.

“Back then, I’d give a presentation and pass out floppy disks to everyone who needed help,” he said. “We taught schools what numbers to get from banks and how to analyze those numbers. I used to give that information away for free, but the school business managers preferred to have me collect the data for them and give them my analysis and report. That’s how the PMA Financial Network started.”

English’s company—Prudent Man Analysis, Inc.—was founded in 1978. At first, he was teaching, working as a VP at Joliet Junior College and consulting on the weekends, but as the PMA grew, he eventually chose consulting over his other work.

In those early days, it was truly a family-owned and -operated firm.

“My children can tell you that, when they were three and five years old, they’d be watching Saturday morning cartoons and slapping labels on brochures.” English said with a laugh. “So, Mary and I started consulting together in 1978, and continued that for the rest of our working lives.”

From its humble beginning, the Prudent Man Analysis, or PMA Financial, just grew and grew, leaving English with a reputation for understanding higher education issues and funding better than most.

This led to English being appointed to several public boards, where he was able to make even more of a difference public entities and schools. In 1984, the governor’s chief of staff asked English to join the Prairie State 2000 Authority, which provided guidance and funds to Illinois businesses so they could implement employee training. From 1989 to 2003, English held a position on the Illinois Board of Higher Education. He was also on the Illinois Job Training Coordinating Council and the NIU Law School Board of Visitors in the 1990s and early 2000s.

Mary English retired in 1999, and the couple’s daughter Elizabeth became the head of operations. Bob English officially retired in 2003, and he and Mary’s son Michael took over the firm at that time. Today, finance officials continue to utilize and benefit from English’s ground-breaking process intended to safeguard precious public resources.

Looking back on his years of hard work, crunching numbers and guiding schools to better use of funds, English feels a sense of pride for what he and his wife were able to accomplish.

“What was most fulfilling for me was the joy of getting people organized and moving in the right direction. It was about doing the right thing,” English said. “I was able to take my administrative and teaching experiences and apply the lessons I learned and find better solutions for the administration of schools.”

Do you know an outstanding NIU alumnus? You can nominate them for a 2021 NIUAA Alumni Award here.