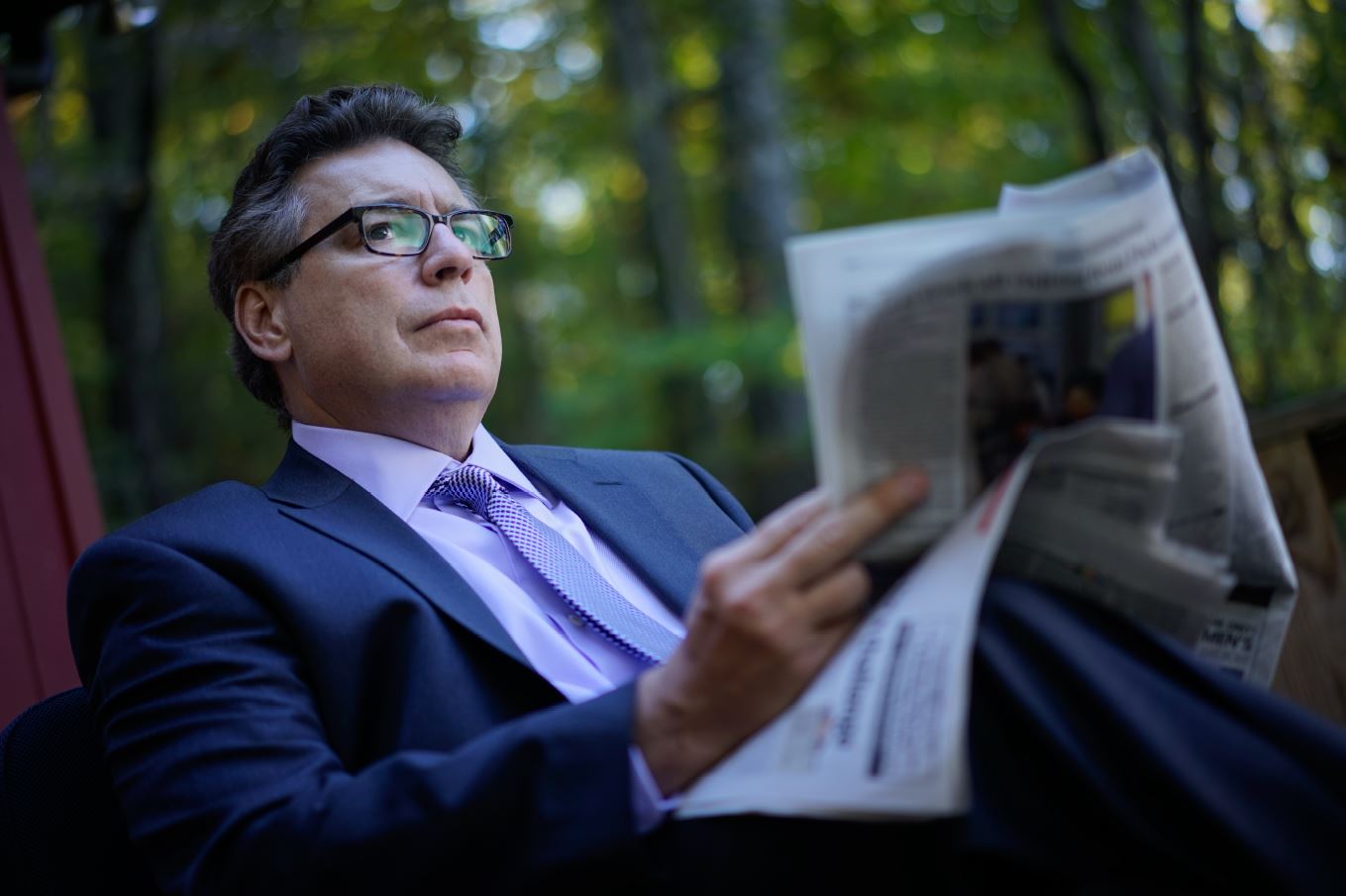 Mark Vancil, '83, came to the Sun-Times as a sports writer in 1984, just as Michael Jordan joined the team.  Over the following decades, he became an acclaimed sports journalist and biography publisher.

There is a face in ESPN’s popular 10-part documentary “The Last Dance” you may not recognize at first glance. Amongst famous NBA elite, acclaimed sports journalist and publisher Mark Vancil, ’83, speaks with authority about the story of the Chicago Bulls. He was there, behind the scenes, jotting notes and observing team dynamics while the legendary team earned its six NBA championships in the 1990s.

Like many kids, Vancil dreamed of becoming a professional athlete in his own right. Growing up in the small town of Sycamore, Illinois, in the 1960s and 1970s, when he was not playing basketball, baseball or football, he was delivering papers for the Chicago Sun-Times and reading books about his favorite sports icons.

“When I was a kid, there was something called the Sports Illustrated Book Club,” Vancil recalled. “You received a book a month, and one of the books I got was called Rockin’ Steady, about Walt Frazier from the New York Knicks. He was the coolest, classiest guy. The book gave an inside look at his life. I remember, it showed his closet, and it showed all his hats, and he called them ‘lids.’ It showed all his ties, and he called them ‘knots.’ For a kid living in Sycamore, this was like looking at royalty.”

A moment of clarity as a child led Vancil to abandon his unlikely hopes of being a professional athlete and look toward another lofty goal.

“In sixth grade, I was delivering the Sun-Times and the Chicago Tribune every morning before school,” Vancil said. “One morning, I remember looking down at the back page of the Sun-Times. I saw an article about the Chicago Bulls, and I thought, ‘Well, that’s how I could get to the NBA.’”

In high school, Vancil shifted his attention to sports journalism. Friendly competition with his classmate Dirk Johnson (who would later become a renowned national journalist), led to achievements in high school journalism. Johnson held the editor role, and Vancil was sports editor. They won a couple of awards for the newspaper and a scholarship to the Iowa Writers’ Workshop, where they studied for a couple of weeks one summer.

“Our journalism class went on a field trip to the Sun-Times. Dirk and I, being smart alecks, asked for, and filled out applications. We thought it was quite cute, but little did we know we would both end up there eventually.”

After high school, Vancil earned his associate degree while living with his grandparents in Florida and worked filing photos and answering phones in the sports department at the Clearwater Sun, followed by the St. Petersburg Times. After pining to attend UCLA in California, he returned home because he could not find a job to help him pay for his education. In 1979, Vancil returned to Sycamore to finish his journalism degree at NIU while writing for the DeKalb Chronicle and the Aurora Beacon-News. 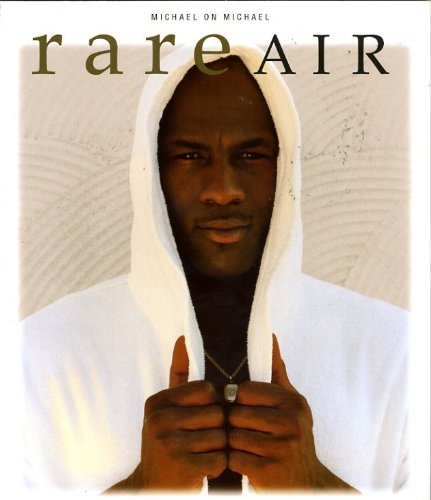 “I literally wrote my way through college,” Vancil said. “At Northern, there were kids from all over Chicago and the suburbs. I met a group of people who helped me find myself. We all went on to do something after school because nobody was taking care of us financially.”

By the time Vancil had his degree, Johnson had become a writer for the Chicago Sun-Times. Marty Kaiser, a noted journalist, had hired Vancil at the Clearwater Sun. He was now the sports editor at the Sun-Times. Through the miracle of great timing, Vancil became one of the few young writers at the paper. He soon found himself covering the NBA and specifically the under-performing Chicago Bulls of that era.

“The guy who was covering the Bulls at the time was tired of it. The team wasn’t very good, so the sports editor they took a chance on a young guy,” Vancil said. “1984 was the year Michael Jordan arrived and great luck for me! Nobody had any idea he was going to be what he became.”

Vancil was gifted a front-row seat to the Jordan show, traveling with the team and bonding with the focused young man.

“It was the last great golden years of newspapers and also sports writing,” he said. “I traveled with the team from 1984 to 1987. I was just a part of the group, in a way. I got friendly with Michael because he was young. I was young. There was a lot of nefarious drug use going on at that time in the NBA. Michael didn’t do any of that, and neither did I. He was a just a really good guy.”

“I remember taking a step into the snow and thinking, ‘Wait, somebody’s going to do a book on Michael Jordan one day, and I am in the position to be one of those guys.’ I know exactly what the book would look like.”

Instantly, remembering his favorite books from his childhood, Vancil could picture how he wanted the book to look and feel. He pitched the idea to Jordan and publishers in 1987, but it stalled. Vancil knew the time wasn’t right. By then, he had moved on from the Sun-Times, taking over the Minnesota Twins beat for the Star Tribune in Minneapolis. He returned to the NBA with The National, then went out on his own and wrote for a number of publications, including The New York Times and The Washington Post. The publishing bug never left.

One Saturday night in Chicago, Vancil got the feeling that if he didn’t go to the game that night and pitch Jordan, then Vancil would regret it for the rest of his life. He caught Jordan before the game and gave him a one-minute pitch of the book. After that, the project began to gain momentum.

“In 1992, I was out in southern California because Michael was going to play on the “Dream Team”—the U.S. Olympic basketball team,” Vancil said. “This was after the Bulls had won their second title in a row. Michael and I went up in a stairwell after practice, and he tells me he is going to quit and go play baseball. I realized that the next year might be the last year he would play in the NBA, so it was perfect timing for the book.”

Vancil proudly controlled every aspect of the publishing process—the design, the writing, the paper printing. Walter Iooss, the preeminent sports photographer at the time, was assigned to the project, and the book was put together at the highest level. Michael McMillan, another Northern grad, led the graphic design. Buzz of Jordan’s possible exit from the NBA was teased ahead of the book, leading to huge media interest. Finally, in 1993, on the eve of Jordan’s shocking announcement of retiring from the NBA to pursue major league baseball, Vancil launched Rare Air, the hard-cover pictorial biography, which quickly became a New York Times best-seller in hard and soft cover simultaneously.

Vancil went on to form Rare Air Media, a publishing and communications company that highlighted the careers of true sports icons. From books about Dan Marino and Mario Andretti to Cal Ripken and Brett Favre, Vancil had the pleasure of working directly with these subjects on what were known as visual autobiographies.  He also branched out and wrote biographies about other icons, like music legend Johnny Cash. 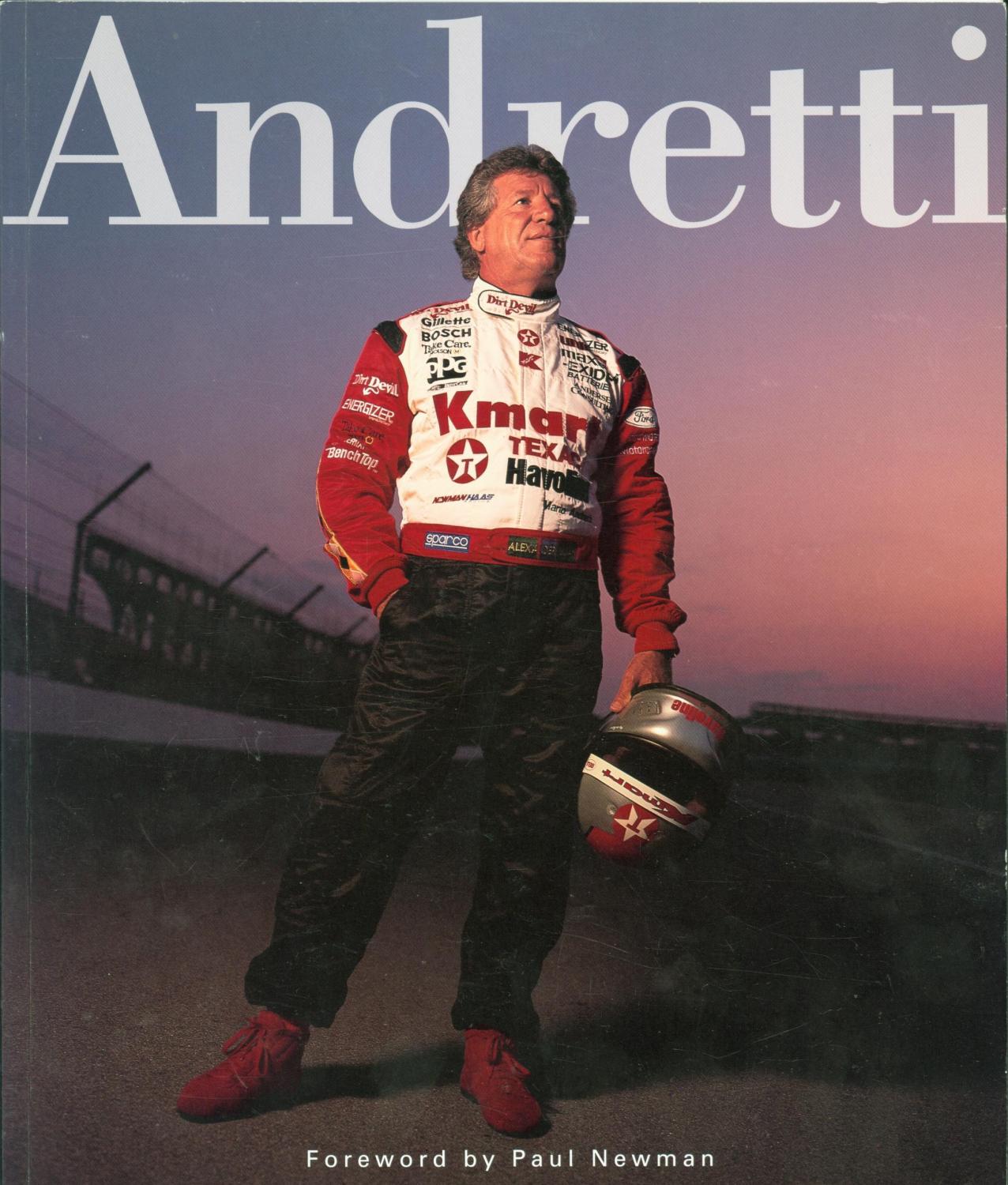 “It was really fun to work and travel with people at that level,” Vancil said. “For instance, I travelled around with Mario Andretti his last year of racing the major circuits. In Mario’s case, I was in the garage with him, in his world. He was just a class act, incredibly talented, and had a great story to tell. I got to pull things out of him, things that he didn’t think about every day.”

Vancil is more than happy to go back and revisit those glory days with the 1990s Bulls. Sharing his insights with "The Last Dance" documentarian Jason Hehir was great fun, he said. Jordan told the crew that Vancil could be interviewed Jordan’s Highland Park home to film his commentary.

“In the last 20 years, I have had all of this time to think, to have more and varied experiences, and I kind of grew to admire Michael even more,” Vancil reflected.
Earning a “Certified Fresh” 96% score on Rotten Tomatoes and critical acclaim, The Last Dance has been a hit by all accounts, allowing new audiences to enjoy the legacy of the greatest basketball team that ever played.

“All of my four children are home right now, and I had them watch 'The Last Dance' with me,” Vancil said. “In my mind, this documentary was about excellence in 10 parts, what it looks like and what it takes. I told them, ‘Watch this and take in every detail of it—how Michael dresses, how he prepares, what he demands from himself—and then figure out if that’s the level you want to live your life at. It’s not about talent, though Michael has plenty of that. It’s about a level of fortitude that’s hard to imagine.”