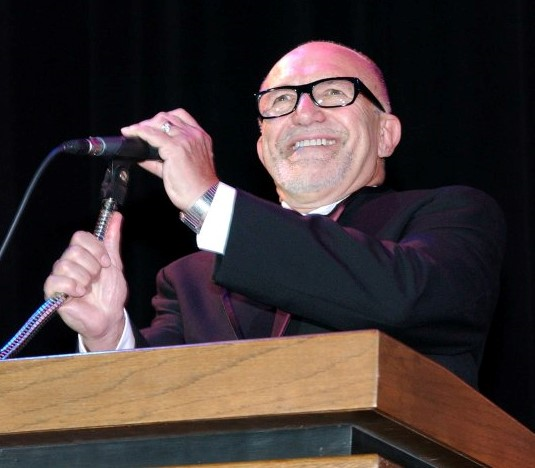 When Ted Bacino was growing up in the Rockford, Illinois, area in the 1930s and 1940s, he was a quiet and studious child. Raised in a Sicilian immigrant section of the city called South Rockford, Bacino would listen to the radio and secretly dreamed of being a radio announcer.

“None of my family, far and wide, had ever gone to college,” Bacino said, “but I was lucky. I worked during high school at the local S.H. Kress ‘dime store.’  The manager of the store was a wonderful man who knew I was scheduled to be the graduation class valedictorian. He asked where I was planning to go to college, which for my immigrant family was like asking if I planned to be on the next space flight to the moon. I told him that I hoped to continue working at the dime store, and a week later, he came back with three offers to pay my way through college.”

With his manager’s help, Bacino registered for Northern Illinois State Teachers’ College and got a teaching scholarship. He would eventually go on to complete his teaching degree in 1956 and his master’s in education in 1965. But while earning his undergraduate degree, another world opened to Bacino.

Each year, in the early 1950s, students put on a theatrical competition called ‘Stunt Night,’ wherein fraternities, sororities and classes would prepare a 15-minute show, and the winner was announced after the second night’s performance.

“I was sophomore class president and decided to write and direct our musical entitled ‘The Sophomore Review.’  We got first place,” Bacino recalled. “So, I wrote the show for my fraternity Phi Kappa Theta during my junior year, and we teamed with a sorority. We won first place again. The same thing happened my senior year with my fraternity. So, I thought, ‘Why not write a full-scale musical?’”

Bacino went on to do just that, and the fraternity debuted the show during Bacino’s senior year in 1956, making NIU's first musical, which was held in the theater in Altgeld Hall.

After graduation, Bacino made his career in teaching and directing, leading theater efforts for area colleges, civic theaters, and school productions, and he even co-owned a dinner-theater in Rockford called "The Cabaret Dinner Theater."

Bacino’s other great passion was ignited while on the DeKalb campus. As the first editor of the Northern Star, Bacino found writing to be a natural extension of his love for the theater. When he was a junior, he read an article explaining that English playwright, poet and translator Christopher Marlowe was the actual author of Shakespeare’s works. It piqued Bacino’s interest, and he vowed he would write a book about it someday.

“It was clear to me that Marlowe wrote Shakespeare’s works,” Bacino said. “There are so many, many proofs. Within the past couple years, recent research has proven that various Shakespearean works were either written by Marlowe or co-written by Shakespeare and other authors.”

While continuing to teach and lead theater productions, he also began his own company, Bacino & Associates, a writing and editing consulting business. 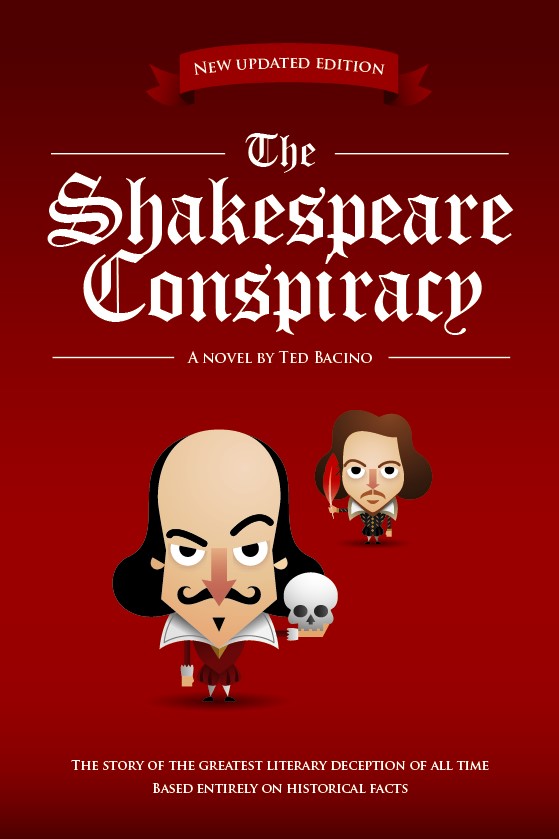 The book was published in hard-copy and paperback in 2010.

“You know, we all have that book we’re going to write,” Bacino said with a laugh. “Every few years, I'd get the bug and start an outline or make a few notes. I guess I always knew I'd never get it written. Well, then 45 years later, I was living in Venice, Italy, for about six years. When I ran out of books in English to read, I found I had time and started researching and writing The Shakespeare Conspiracy.”

Because the book was begun before the days of the internet, Bacino slaved away his nights, researching hard-copy books.

“I loved living in Venice, but at night, there’s not much to do after dinner. So, I wrote and wrote and wrote—and got it finished before I moved back to the U.S.,” he said.

The book was eventually published in hardcopy and paperback in 2010.

A few years after the novel came out, Bacino got a call from the former head of the theater department at Rockford College in Rockford, Illinois, who suggested he make the novel into a play.

“I was, quite honestly, a little tired of the story by then, but he offered to co-write it with me, and so Rufus Cadigan and I wrote the stage version,” Bacino said.

The play ran in Columbus, Ohio, Fort Lauderdale, Florida, and at the Artists Ensemble Theater in Rockford before being picked up to run in New York City.

“I’ve not directed any of the productions, and it’s always a treat to see how each is done. The Off-Broadway production at Theater Row, which is a complex of six theaters on 42nd Street in New York, was a bit of a thrill.”

Today, more than 60 years since his undergraduate days, Bacino’s mind is on his next project. He wrote the movie version of his novel years ago, and while it was optioned twice, it never was produced. About a year ago, he edited the movie script into a seven-part TV mini-series that he is trying to sell.

“I’ll be approaching 90-years-old in three years,” he said. “I'm trying to sell the mini-series but enjoying life in Palm Springs in the meantime.”

As for Bacino’s advice for current theater students can be seen in his prolific example.

“Do every bit of theater you can. Any audition. Any part—big or walk-on. Any backstage work you can get for pay or as a volunteer,” he said. “Just do, do, do.”