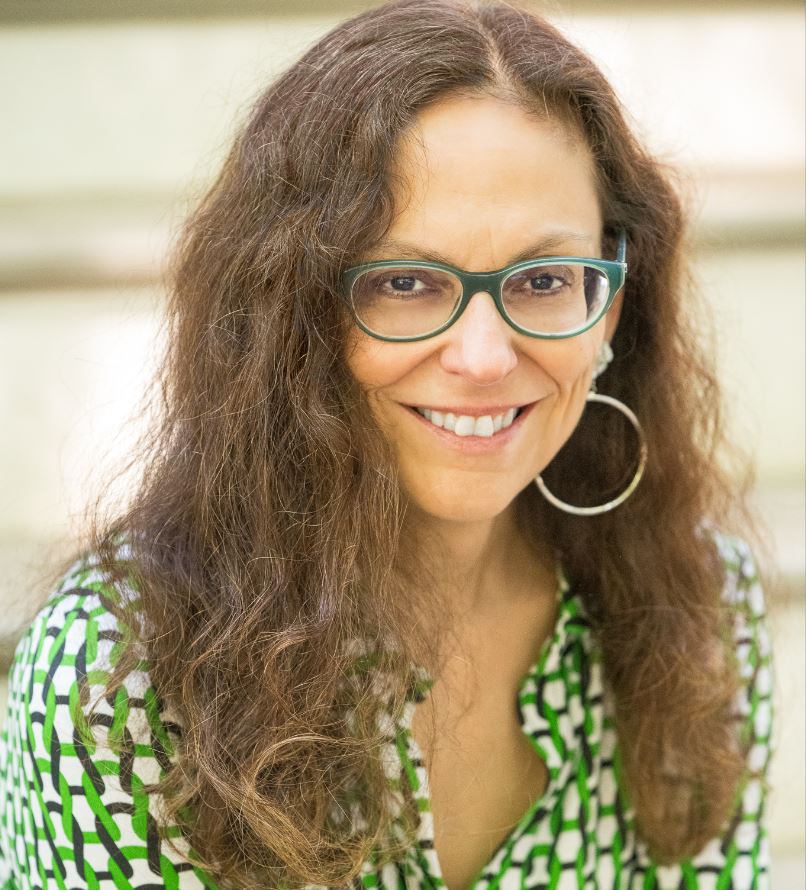 Marisel Vera, '81, credits her journalism education at NIU with teaching her how to listen during interviews. Photo: Wes Carrasquillo

She asked questions. She bucked authority. Growing up in the 1970s, Vera would often sneak copies of Gloria Steinem’s Ms. magazine under her shirt to read when the rest of the family was asleep.

And then, there was the obsessive reading.

Growing up in the barrio—Chicago’s Humboldt Park neighborhood—with her parents and five siblings, Vera discovered a deep passion for reading at the tender of age of 8, but quickly learned that her beloved hobby was deemed an unworthy distraction in her own house.

“I would have read from the second I woke until the moment I dropped off to sleep, but my father didn’t see the value in my reading obsession,” Vera said. “It made him angry to see me reading and ‘doing nothing,’ and when he caught me reading, he would order me to do housework. I clashed with my father and disobeyed him as much as I dared, but Papi was the head of the house.”

Vera’s parents had migrated to Chicago from Puerto Rico in the 1950s, during Operation Bootstrap, which was the island’s second wave of government-sponsored exodus. (Vera writes about the first wave when Puerto Ricans migrated to Hawaii to work in the sugar plantations in her novel The Taste of Sugar.) They brought with them a patriarchal culture that was common in Puerto Rican homes at the time.

“But I was growing up in Chicago and not up on the mountain in Puerto Rico,” Vera noted. “From reading, I knew other worlds were possible. Books, coupled with my rebellious nature, made me challenge the injustice of being a second-class citizen in my own family just because I was a girl.”

In 7th grade, Vera’s schoolteacher gave her an assignment that would direct some of the teenager’s curiosity and creativity, asking her to write a short story. That  story would change her life.

“I don’t recall what I wrote about, but I remember the thrill I felt writing,” she said. “It was then as a 13-year-old that I thought I might be a writer.”

While Vera’s father did not encourage reading, he did champion education, warning Vera that she should get a college degree, so she did not have to work in a factory like he did. Vera knew she would go to college somehow, even though money was tight. She found NIU, and through loans, grants, and jobs on campus, Vera was able to enroll in the journalism school.

“I loved my college years at NIU. To this day, I remember many of the teachings of Dr. LaConto, my journalism professor,” she said. “I learned to be a very good interviewer from (him). He taught us when we interviewed someone to pay attention to the answer to our question, instead of thinking of the next question, because often the answer will lead to something unexpected and more interesting. In the newsroom, Dr. LaConto encouraged my writing. I appreciated that because I thought that I would become a journalist.”

Still, after graduation, Vera found that some of the walls she had fought to break down were still standing in her way.

“I couldn’t get a job as a journalist when I graduated from NIU,” she said. “I don’t think that there were many Puerto Ricans in broadcast newsrooms back then. The worst part was when I had to go back to work for the employment agency that I worked for summers to supplement my loans and grants for NIU. I had a college degree and student debt, and it seemed for a while as if it had been for nothing.”

Eventually, however, Vera began working in public relations, writing news releases, employee newspapers and newsletters, and handling media relations. Along the way, she became a better writer and, somewhere along the journey, she dreamed that she might write a novel. 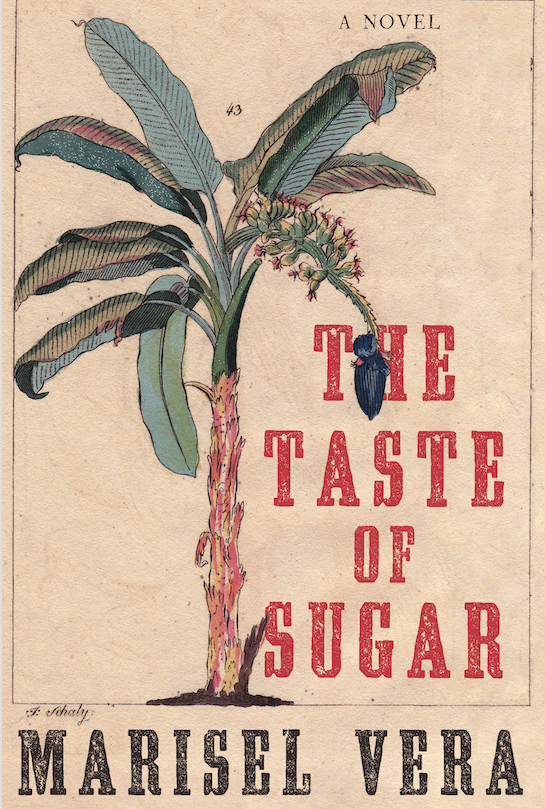 The Taste of Sugar is Vera's newest novel, which is a tale of love and endurance set in Puerto Rico on the eve of the Spanish-American War.

“I didn’t know how or if it was even possible for someone like me (to write a novel),” Vera said. “I never ever saw myself or anyone like myself in a novel. I have been in love with novels since I was 8 years old. Novelists were gods and goddesses to me who created magical, mystical worlds so different from mine. How could a Puerto Rican girl from Humboldt Park be a goddess?”

Vera said she did not dare try for this fantastical dream until she was a stay-at-home mother with young children, finally personally content but feeling a hole in her heart that all the books she read could not fill.

When she read Dreaming in Cuban by Cristina Garcia, it gave her a newfound hope.

"I thought that maybe, just maybe, I could be like Cristina Garcia and write a novel, too," she said. "I was determined to try.”

Fast-forward to September 2020, and Vera has published two novels. Her second, titled The Taste of Sugar—a tale of love and endurance set in Puerto Rico on the eve of the Spanish-American War—is a labor of love, heritage and ancestry. Vera worked on this novel for 10 years, researching and writing, then researching and rewriting.

“When I was growing up, I didn’t know the history of my ancestors, and my parents who had gone to school in Puerto Rico also knew very little Puerto Rican history,” she said. “I felt the shakiness of my identity living in two such different worlds—the Puerto Rican world at home and among family and friends and the American world in school and at work. Writing The Taste of Sugar allowed me to claim the history of my ancestors for myself, for my mother, and for my children.”

Vera, who is passionate about everything Puerto Rican, believes that, at their core, her books are a celebration of Puerto Rican people and their culture.

“It’s about our history, our stories, our struggles,” she said. “There are very few novels published in the English language about Puerto Ricans, and I’m very proud to have mine be among them. It is important to tell our own stories and to see ourselves reflected in literature and in all the arts.”

The novel has earned some rave reviews from leading publications, including from critic Ron Charles at The Washington Post, who called Vera’s story weaving masterful, enthralling, and a “Latino Grapes of Wrath.”

O, The Oprah Magazine, had this to say about the researched work: “This illuminating work of historical fiction sheds light on a forgotten chapter of the American story through characters who burrow into your bones and whisper in your ear.”

Now that Vera has found her voice, she continues to use it. She is currently working on a new novel set in 1960s-1970s Humboldt Park, the neighborhood where she grew up. The book will explore racism, politics and society in Chicago through the lives of four Puerto Rican girls and their families.

“Becoming a successful writer is as likely as becoming successful in any of the arts—there are many more ‘nos’ than ‘yeses,’” Vera said. “I believe it is like anything else—you have to want to do this one thing so much that you are willing to keep trying despite the rejections, despite making very little money, and you keep writing. You really have to want it because there is no guarantee that you’ll make it. It’s not for the faint-hearted. But it’s possible. I’m an example of that!”