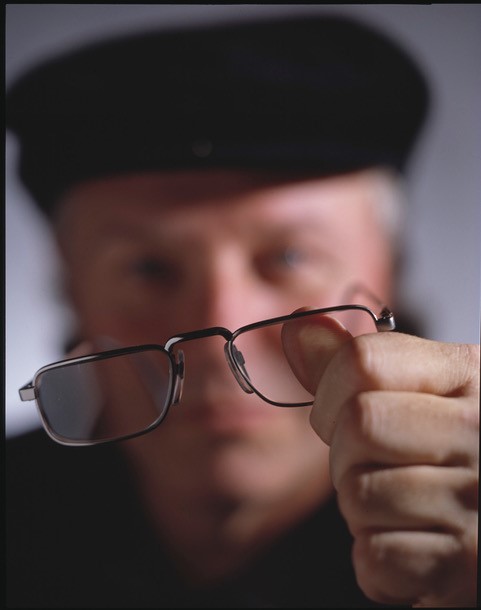 Jim Morris, '72, leveraged the lessons learned in his philosophy coursework to build a successful career in advertising.

Jim Morris, ’72, has filled his life with music, language, philosophy and advertising. That combination of influences and interests has made for an interesting journey.

When he landed on campus in 1967, it was a different time. The assassination of President John F. Kennedy, the Vietnam War and the political unrest had wiped away America’s innocence. The turbulent period was evident on campus, which was the site of protests and activism. While Morris wasn’t an active participant, he was aware of the situation.

“I kept up with what was going on,” he said.

Back then, he was a Hippie, hanging out at The Wall and later the Tune Room. His passion was music, specifically playing bass in a rock band. It was also a lesson in hard knocks—how to be collaborative and develop a thick skin to counteract criticism and rejection.

The 1972 NIU alumnus was studying sociology, but switched to philosophy after realizing that a sociology major required him to pass a statistics class.

Morris took an introductory philosophy class and found it engaging as well as fascinating. He was hooked and declared a major.

“Dr. Livingston and other mind-opening faculty members challenged me relentlessly,” Morris recalled. “Philosophy broke my horizons wide open, introducing me to the absurdities of life and the unanswerable questions that must still be asked.”

The first lesson students learn in philosophy is to question everything – their premises, their assumptions, the use of every word and every sentence in crafting arguments. It also requires students to be focused.

“I had to learn to focus in order to succeed in both music and philosophy. Studying philosophy taught me to train my brain,” Morris said. “Questioning everything became extremely valuable for me and my career.”

His philosophy degree taught him creative problem-solving, how to build arguments and how to sell his vision.

“Every class I took taught me critical thinking, logic, creative problem-solving and how to write clearly and persuasively—skills that enabled me to graduate and later served me extremely well during my career," Morris recalled.

Meanwhile, advertising was always in the background -- either on television, on the radio, in magazines or in the form of his father, who spent 17 years as the assistant managing editor and then managing editor of Ad Age.

Flipping through the publication every week, he was a bit perplexed regarding the ads the advertising agencies placed in Ad Age to promote themselves.

“They were horrible,” Morris said. “They broke every rule that the ad agency preached.”

What started out as a curiosity about what his father did evolved into an interest—and eventually a passion.

“That planted a seed,” Morris said. “I was exposed to a lot of great advertising growing up.”

Later on, after realizing that music would not provide a steady paycheck and a long career, he was at a crossroads.

“What now?” he wondered.

He turned to Plan B—advertising. But breaking into the business was not going to be easy.

“My father was a journalist, he didn’t have contacts or connections in the business,” he said.

Between working on his own to build the portfolio needed and working with a recruiter who specialized in helping beginners break into the field, the year of sweat equity paid off. His portfolio was sent to three agencies, one of whom hired him on the spot.

Morris landed at Chicago ad agency Tatham-Laird & Kudner as a copywriter, where he gravitated to writing taglines.

His most famous work, if you are of a certain age, reminds you of your childhood—"We are Flintstones kids. Ten million strong and growing."

Morris’ 1982 tagline for Flintstones chewable vitamins became an earworm for a generation.

“It became a national thing. It lasted for 40 years. That was my claim to fame.”

Even with success, he still didn’t consider himself a writer.

“I didn’t think of myself as a writer in college,” Morris said, “and I didn’t consider myself a writer when I landed in advertising. Not sure when that switch flipped, but it might have been once I became a freelancer.”

Morris, who was mentored by notable legends in the field, was on his way to becoming a legend himself. Along the way he interacted with a number of NIU alumni working in the field. For 15 years, he worked at large, medium and small ad agencies, some general, some specialized. For the past 30 years, he has run a thriving freelance business, specializing in taglines and other short-form brand articulations, working with dozens of ad agencies and design firms.

Playing with language to come up with a line that encapsulates what is special about a particular brand is a fascinating exercise for the NIU alumnus.

At age 72, Morris is still writing taglines and engaging in his love for creative problem-solving. He’s taken his experience in advertising and turned it into a book, Badvertising: An Expose of Insipid, Insufferable, Ineffective Advertising, which will be released May 1. 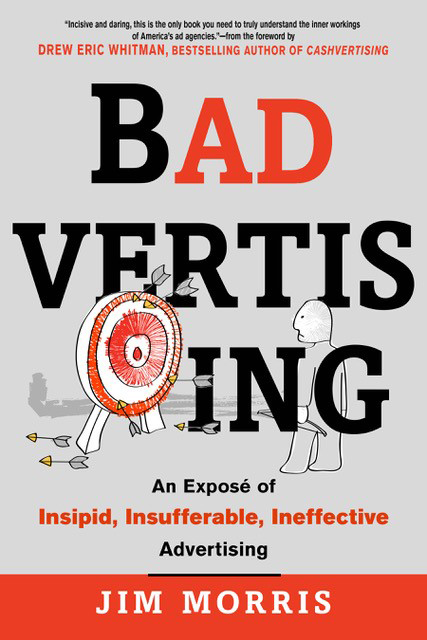 “I love advertising—the process,” Morris, who has been responsible for some of the most memorable ad campaigns in history, said. “It’s the business and the politics of advertising that’s horrible.”

The book, two decades in the making, chronicles all the ways things go wrong in the process of developing advertising. Morris is the first to admit that much of that book can be traced back to philosophy classrooms at NIU. In many ways, Morris’ book can be thought of as his philosophy of advertising.

The internet opened up a new world for advertising, and the sheer volume of advertising in front of consumers exploded. But the volume of ads hides a larger problem. The industry, according to Morris, is struggling—partially because it has not kept up with popular culture to be relevant. The prevalence of digital advertising has made it even more of a struggle.

“We’re in a visual age, where language is secondary,” he said. “The quality of writing has suffered. There’s still good writing, you can find it every now and then.”

Many of the talented writers have pursued more attractive options, such as writing for television and film.

“I’m a rare copywriter whose love is advertising,” Morris said. “It’s a choice and not a back-up plan.”

Throughout the years, NIU still holds a special place in Morris’ heart. It was the place where he met Geri Kahn, who would become his wife, along with two other best friends, who have remained strong connections ever since.

“NIU wasn’t just the background against which my emergence into glorious adulthood took place,” he said. “It was, and still is, a stimulating environment, a culture, a set of tools, and a spirit of intellectual and social exploration that had everything to do with me becoming the me I am today.”