Coca-Cola Executive John Tsaras, ’14, Joins the NIUAA Board of Directors 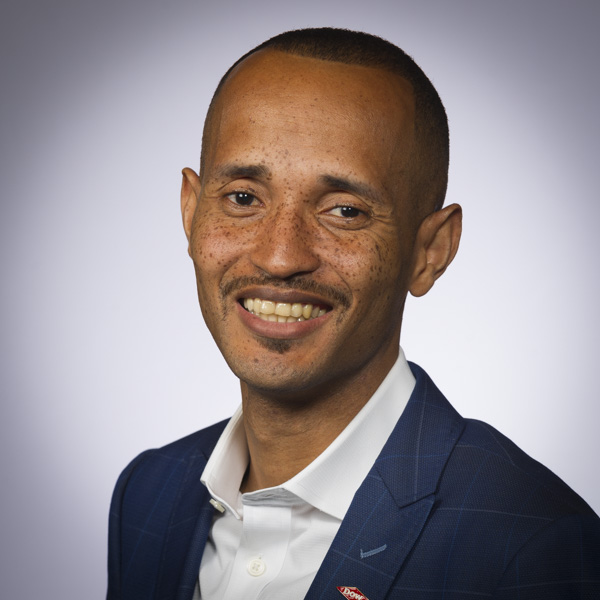 John Tsaras, '14, wants to help ensure that NIU continues to offer a best-in-class education, with opportunities for everybody to advance.

When John Tsaras was growing up in Northern Ghana, he looked up to his father.

“I was inquisitive at a young age,” Tsaras said. “My dad would read the paper from front to back, and so I would do the same. I would read it and keep up with current events.”

He also often watched his dad, who was a physician, give back to the community around them, providing much-needed healthcare to the impoverished communities for free and often at all hours. When his father passed away years later, these folks made the 10-hour bus trip to be at his services.

“I remember my parents arguing on Sunday mornings,” Tsaras said. “My mother, being very devout, wanted us to go to church together, but my dad would be going to help someone at his clinic. He would tell her, ‘What good is it for me to go to church when somebody is dying?’ My parents were always big on giving back, to give at every opportunity.”

While his father had hoped Tsaras would go into the medical profession, his squeamishness around blood ruled that occupation out. Instead, Tsaras figured he would study engineering. When he left Ghana for college, Tsaras thought he would study marine engineering at the California State University Maritime Academy, but fate had other plans.

While he was waiting to begin his first semester there, Tsaras got work doing computer science and web design, and he enjoyed it so much he decided to take a chance. He enrolled at NIU as a computer science major because of its celebrated computer mainframe program, in partnership with IBM. There, he met computer science advisor Penny McIntyre, who shaped his life in more ways than she ever knew.

“As a computer science major, I was excelling and had a 4.0. Penny McIntyre saw something in me that I didn’t see in myself, and she changed my career trajectory,” he said. “She suggested that I study computer science with an emphasis in theoretical computations and a dual mathematics degree. That applied math degree has helped me more than even the computer science has, and I even went back to school to earn my master’s in data science. I give credit to Penny in giving me the foresight.”

Tsaras enjoyed NIU for other reasons, too. One of the friends he made, Jose Nunez, introduced him to student professional organizations, and that led to early opportunities and allowed him to meet a lot of international students from all cultures. He played intramural soccer and was able to meet people outside of his computer science discipline, and through his courses and campus organizations, Tsaras was able to hear alumni speak about their own career paths, which he admired. One of his memorable NIU experiences was traveling to his native Ghana with a group of students for a study abroad program.

Once Tsaras earned his dual degree, he climbed the corporate ladder, working in programming and business analytics for companies like Goldman Sachs, General Motors, Dow Chemical, and Coca-Cola, where he now serves as the senior director for advanced analytics – customer & commercial, offline to online, and the McDonald’s Division.

Even though he did not follow in his dad’s line of work, Tsaras brings his father’s guiding principles into this work and volunteerism, and he has high hopes for his impact within the association's board. His mother always reminds him to “be nice to the people on your way up, for they are the same people you will meet on your way down.”

“As a member of the NIUAA Board, I want to help people understand that NIU gives its students the same opportunities as a ‘brand name school,’” he said. “If a kid from Ghana can get to be where I am, then it’s possible for so many others. You just have to be willing to apply yourself. I want to help ensure that NIU continues to offer a best-in-class education, with opportunities for everybody to advance. I want to help make NIU a destination college of choice in the Midwest and beyond.”