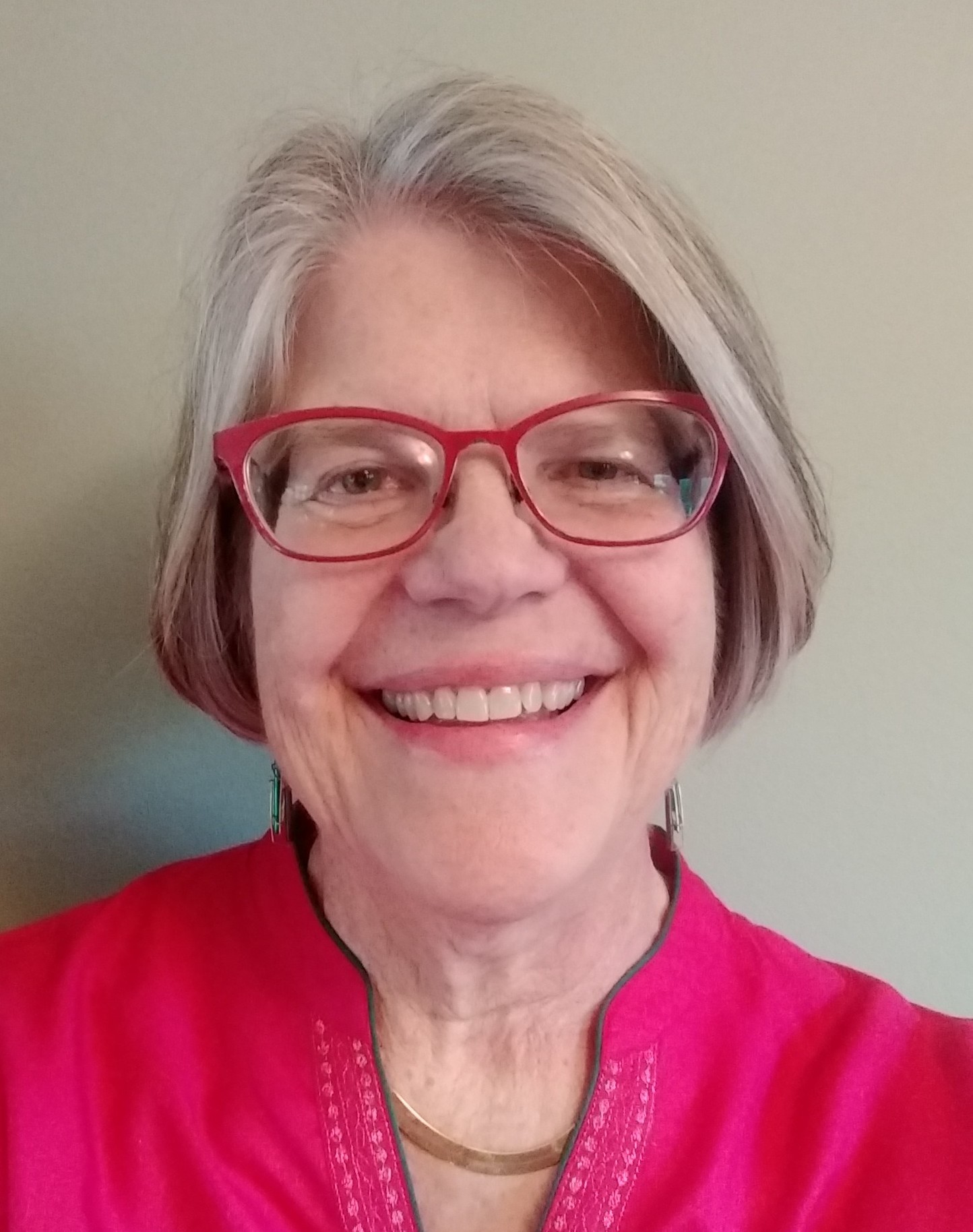 After nearly three decades as a professor, Avery, ’76,  is now in the process of retiring from her role at University of Minnesota and gearing up to take on another adventure—as editor-in-chief of the Journal of Midwifery and Women’s Health.

In the ’60s and ’70s, many women who pursued a higher education degree became teachers or nurses.  Growing up in Peoria, Illinois, Melissa Avery, ’76, vacillated between the two paths.

“When I was in high school, women’s career choices were limited, and that was just the way it was. I did well in English, so for a while, I really thought that I would be an English teacher and a guidance counselor,” she said. “Then, I was inspired by my aunt who was a nurse and basically ran a physician’s office. She was in charge of everything, and I thought, ‘Maybe I will be a nurse instead.’ I thought her position was so cool.”

NIU was an easy choice for Avery, both because of its nursing reputation and her father’s input.

“My father said something to me like, ‘I have been paying taxes to the State of Illinois all these years, so pick a state college and apply,’” Avery said. “He took me to visit NIU when I was a senior in high school, and I applied to the School of Nursing.”

Today, nearly 50 years later, Avery has made a path of her own, combining her love of science, clinical practice, research and writing. After earning her bachelor’s degree in nursing in 1976, she went on to earn a master’s in nursing with specialization in midwifery from the University of Kentucky in 1981. She earned a Ph.D. from the University of Minnesota in 1993, while partnering with her husband in raising their two young children.

For the past 28 years, she has worked as a professor at the University of Minnesota, helping future generations of midwives and nurses to accomplish their career goals. She is now in the process of retiring from her role at Minnesota and gearing up to take on another adventure—as editor-in-chief of the Journal of Midwifery and Women’s Health.

Her road to midwifery was a long one. In her days at NIU, Avery participated in clinical rotations in perinatal care, in both the postpartum and labor units, and it was something that always appealed to her. After college, she worked as a postpartum nurse and a labor nurse prior to pursuing her graduate degrees.

“When I was a senior at NIU, I remember reading about nurse-midwifery, which was not common then at all,” she said. “While I was working at Prentice Women’s Hospital in Chicago, I worked with a midwife and thought, ‘This is for me!’ I knew that, if I ever wanted to go on to be a professor and do research, I would need a doctorate. So, after completing my master’s degree, I moved to Minnesota to accept a midwifery position and, several years later, I began working toward my Ph.D.” 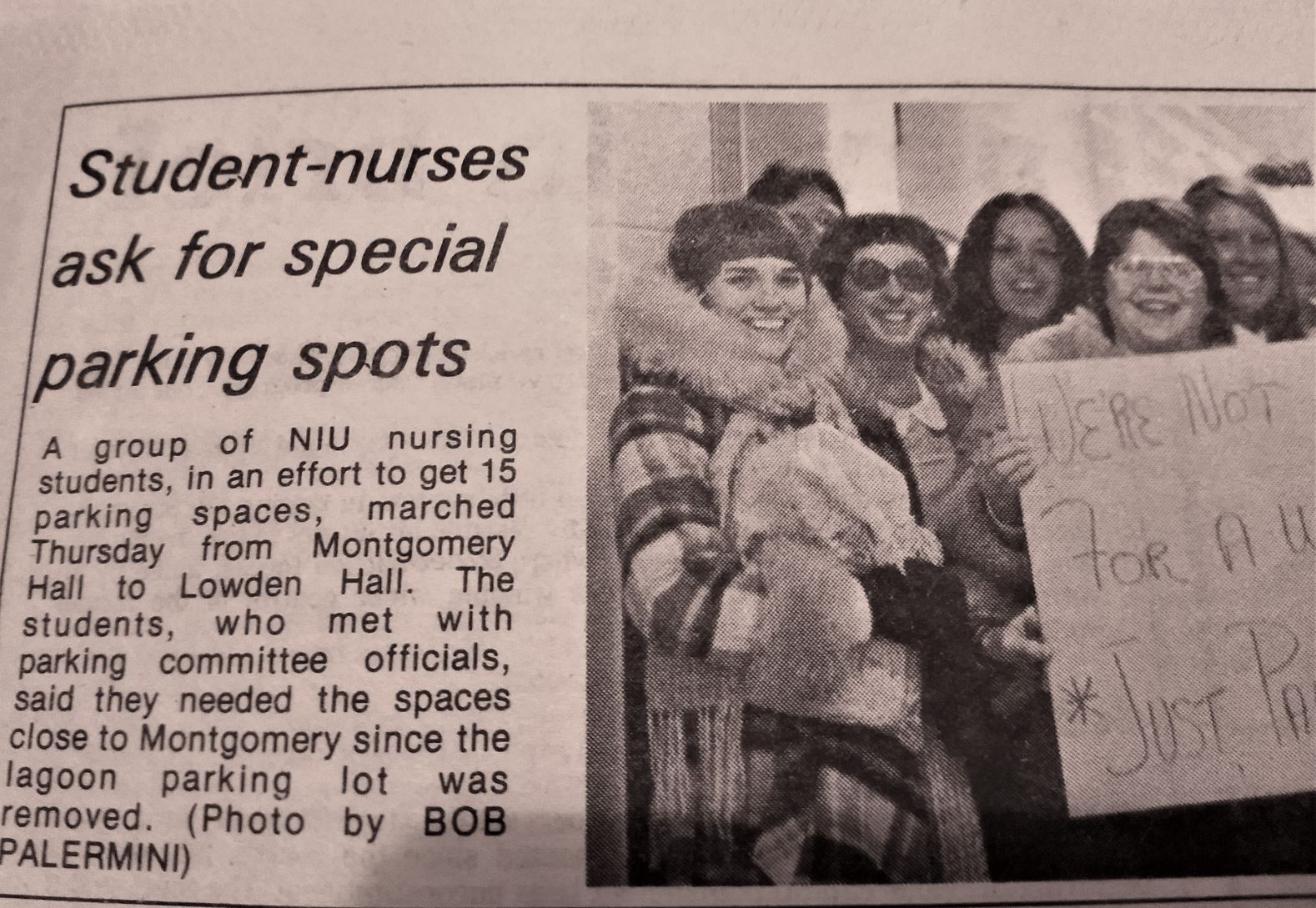 Avery (second from the right) protests for the opportunity for nursing students to have parking near Montgomery Hall. This article first appeared in the Northern Star in the 1970s.

She joined the University of Minnesota full time as an assistant professor in 1994. Over nearly three decades, she has had the privilege to teach the next generation and continue her research, often publishing and reviewing work in health journals like Journal of Midwifery and Women’s Health.

“I published papers in the journal across my whole career, I worked as a reviewer and edited a column in the journal before I was appointed as a consulting editor and then as an associate editor,” Avery said. “I’ve also worked as an editor on two books, so when this opportunity came up, I knew I was retiring from the university and thought, ‘Maybe this is the perfect thing for me!’”

Beginning in September, Avery will learn the ins and outs of editorship from the current editor-in-chief, taking over in January 2022, while coming full circle with her love for English and writing.

“In this new role, I hope to mentor colleagues who are coming along in their work in writing, research and scholarship,” she said. “I want to help as others have helped me and continue to increase diversity, especially racial diversity, both in the people who publish in our journal and in our editorial team. We want to reflect fully our membership, and the people we care for.

After so many years of success, Avery fondly remembers her days at NIU, where she got her start. On campus during the politically volatile early ‘70s, Avery learned to speak up for what she believed in.

While on campus, Avery was an officer in the NIU student-nurse organization. At that time, nurses were often educated in hospital-based settings, and many nurses were advocating for university-based nursing education. One of the ways Avery and classmates did that was to stop wearing the traditional nursing caps in their graduation photos.

“It didn’t look very academic,” she said. “So, three or four of us didn’t wear our caps in our pictures, but the majority wasn’t ready to give it up yet.”

Avery also advocated for nursing students to have parking near the School of Nursing at Montgomery Hall.

“We often had to be on a bus for clinicals at about 5 a.m. to travel to Rockford and other places,” she said. “It was tough to get up so early to get to campus and board the bus to begin the ride to our clinicals. We wanted a place to park close to Montgomery Hall.”

Looking back at her career, Avery credits NIU for believing in her and expecting great things.

“NIU was a really good experience for me, and the nursing program was excellent,” she said. “I remember when I first visited NIU back in 1972, I met some faculty members, and their attitude still sticks with me today. One of the faculty spoke with me and made the off-handed comment, ‘Oh, you’ll go on,’ meaning I would go on to more schooling and do well in nursing. There was an overwhelming feeling of growth and leadership there. They believed in me from the beginning.”