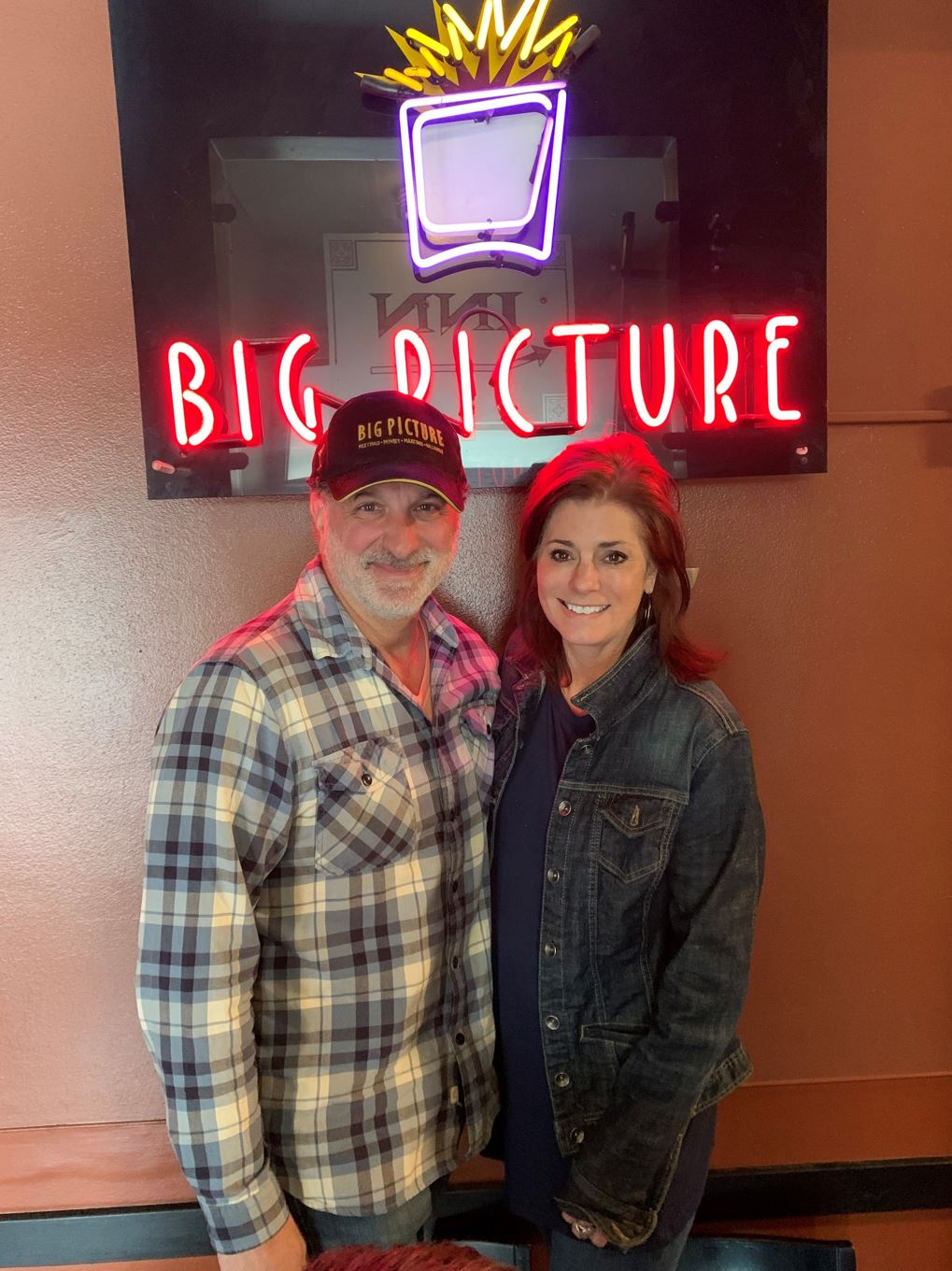 Mark and Katie Stern were the first to open a movie theater on the West Coast that served cocktails in an upscale atmosphere.

As a third-generation movie-theater owner, Mark Stern was born with entrepreneurism in his blood. His grandfather opened his first movie theater in 1927 in Chicago, just before the first 'talkies' were created and distributed. Stern’s father also went into the theater business, owning several theaters in Chicago and the suburbs.

Growing up in Niles, Illinois, Stern began working at his father’s theaters during his sophomore year of high school. Then, after earning a media studies degree from NIU, he began managing three of his father’s theaters—The Wilmette Theaters in Wilmette, Illinois, The Devon Theater in Chicago's West Rogers Park neighborhood, and the “3 Penny Cinema” in Chicago's Lincoln Park neighborhood.

In the mid-1990s, Stern had just built a five-screen movie theater in the west suburbs of Chicago when two multiplexes—one with 14 screens and the other with 16 screens—opened very close by.

“We had to split the customers, and business was very bad,” he said. “I knew it was only a matter of time before my ship was going to sink. I became convinced that the traditional theater model was no longer sound for non-chain theaters, but I had no idea what to do for a living. I was truly lost.”

After decades of his family’s presence in Chicago movie theater business, Stern knew he would have to adapt its model to survive.

“There’s a reason why you don’t know any other movie theater owners,” Stern said. “It’s because this business is so difficult. The big chains try to stop smaller theaters from showing first-run movies, which prevents people from being in this industry.”

In 1996, Stern’s career changed dramatically when he attempted to apply for a liquor license for the Wilmette Theatre. However, when he reached out to the village president to explain his unique vision for what a movie theater “should be” and how important and fun it would be to serve liquor, he was turned down flat.

“He told me that I would never serve liquor in Wilmette, and I was pretty discouraged, but I applied for the license anyway,” Stern said. “When I applied, the Chicago Sun-Times featured me on their front page! But at the village hearing, no one in the room supported my request. That moment turned out to be the game-changer that brought me to Seattle to open my entrepreneurial dream.”

Stern began to search for a new way to do business and a secret weapon that would differentiate his theaters from the big theater chain competition.

When Stern saw an ad for a new state-of-the-art digital projector on the Internet, he instinctively knew it would be transformational for his business. However, he had seen them in sports bars, and knew that the image quality, brightness and resolution were terrible on a big screen, so he decided to do more research.

“I went to a trade show in Dallas, Texas, to see the new technology in digital projection,” Stern said. “The event featured what they called a ‘shoot-out,’ where all of these new projectors were lined up with each other all playing the same thing. The projection salesman took a laptop computer and plugged it into his digital projector and—BAM!—the most incredible image came on the theater-sized screen. I was blown away because you can’t plug a laptop computer into a film projector. I knew this was the missing link that I was looking for in how to take the theater experience to a whole new level.” 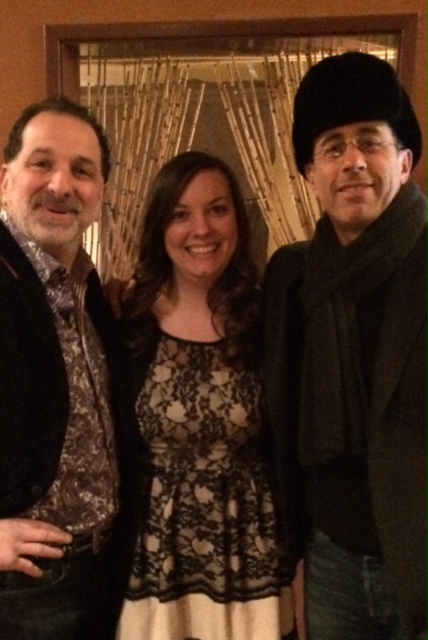 The projector was listed at around $80,000, and when Stern told the salesman that he would buy it, the salesman didn’t believe him.

“He was like ‘Sure you will, kid,” Stern said with a laugh. “But I can tell you that that salesman took me out to lunch at the Four Seasons Hotel when I bought it.”

With the digital projector and the rise of digital technology, Stern and his wife and business partner Katie had the basis of their concept. From there, they developed more ways to make their theater more sought-after and comfortable than others.

“It was my interest in the nightclub business that led to the next piece, which was the hip furnishings and plush theaters,” he said. “From my nightclub days, I had always been a fan of Ian Schrager, who was one of the founders of Studio 54 and the person who pioneered the concept of the ‘boutique hotel.’ I thought, ‘Well now, what if we created the first boutique digital theater as a business model?’”

Stern imagined beautiful, intimate theaters that looked hip and felt comfortable. He planned to promote them to businesses and groups as an intimate alternative to the generic, white-walled experience offered by hotel meeting rooms and banquet halls, with a focus on marketing to the corporate community and keeping them coming back for the great service and the special venue.

In 1999, Stern and his wife finally made their dream a reality. Big Picture Theatre opened in Seattle, underneath a beloved area restaurant, and his big gamble paid off in spades. Over the last 22 years, the theater has become a renowned location for Seattleites. Even some of the world's biggest companies have grown attached to the theater for meetings and showings, including the Big Five—Microsoft, Amazon, Apple Google and Facebook. In addition, celebrities like Dave Matthews, Jerry Seinfeld, Charles Barkley, and the "Dude" himself, Jeff Bridges—who held a special showing of "The Big Lebowski"—have done events at Big Picture. Entertainment Weekly even called it “a little gem nestled speak-easy style below a neighborhood steakhouse.”

“Our mantra is that hotel meeting space is boring, and there is nothing really special about going to a multiplex theater,” he said. “We decided to compete with the biggest branded hotels to steal customers away from that experience.”

Through many special and luxury touches, Big Picture raises the bar. Its staff will bring martinis to guests’ exact theater seat at the exact time that they request it. Popcorn comes to guests’ seats in a champagne bucket with two white napkins and truffle butter melted on top, while the candy is served in a chilled martini glass. Commercials before the film? Not at Big Picture. And all the furniture and the bar were custom-made, specifically to feel like a high-end hotel.

“When you go to Big Picture, it’s like being at a party,” Stern said. “The energy is not like any other theater and there are no kids. Several years after we opened, the editors of Men’s Journal chose us as one of ‘The Top 20 Movie Theaters in the World,’ and that has always meant a lot to me.” 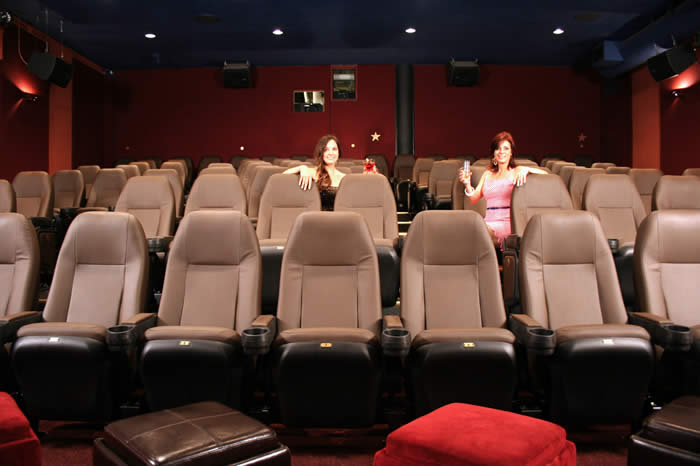 The Sterns are looking forward to the grand opening of their new location in Issaquah this fall. Robin Rineman (left) and Katie Stern sit in the theater.

Unfortunately, the challenges are not all behind the Sterns. Within weeks of having to shutter Big Picture due to the COVID-19 pandemic, the building owner informed them he would be renting to a larger tenant, and they had five weeks to move 22 years of equipment and furniture out of the space. All this bad news made a terrible time even darker for Stern, but he was buoyed by the outpouring of love and support from customers.

The couple knew they would not close for good.

“They say ‘when one door closes, another one opens,” Katie Stern said. ‘It took us a lot of searching for right location and figuring out how to move forward, but we found this great new location for the next phase of our journey.”

Big Picture’s new location will be in the Seattle suburb of Issaquah, and the Sterns look forward to being a part of the vibrant, cool community, with a grand opening date of October.

Over the years, Stern has learned a lot about the ups and downs of being an entrepreneur.

“When you go off on your own, there are going to be big, challenging moments, and a lot of times these challenges can crush you emotionally,” he said. “You have to learn that it’s always darkest before the dawn. Don’t think you’re doomed because you’re not. This will pass. Two major times in our lives, because of adversity, we were able to do something better, we were forced to move and adapt.”

“There have been so many wild, memorable moments in this business. One of our proudest moments is when customers bring their kids, when they turn 21, with them to Big Picture—two generations of moviegoers!”