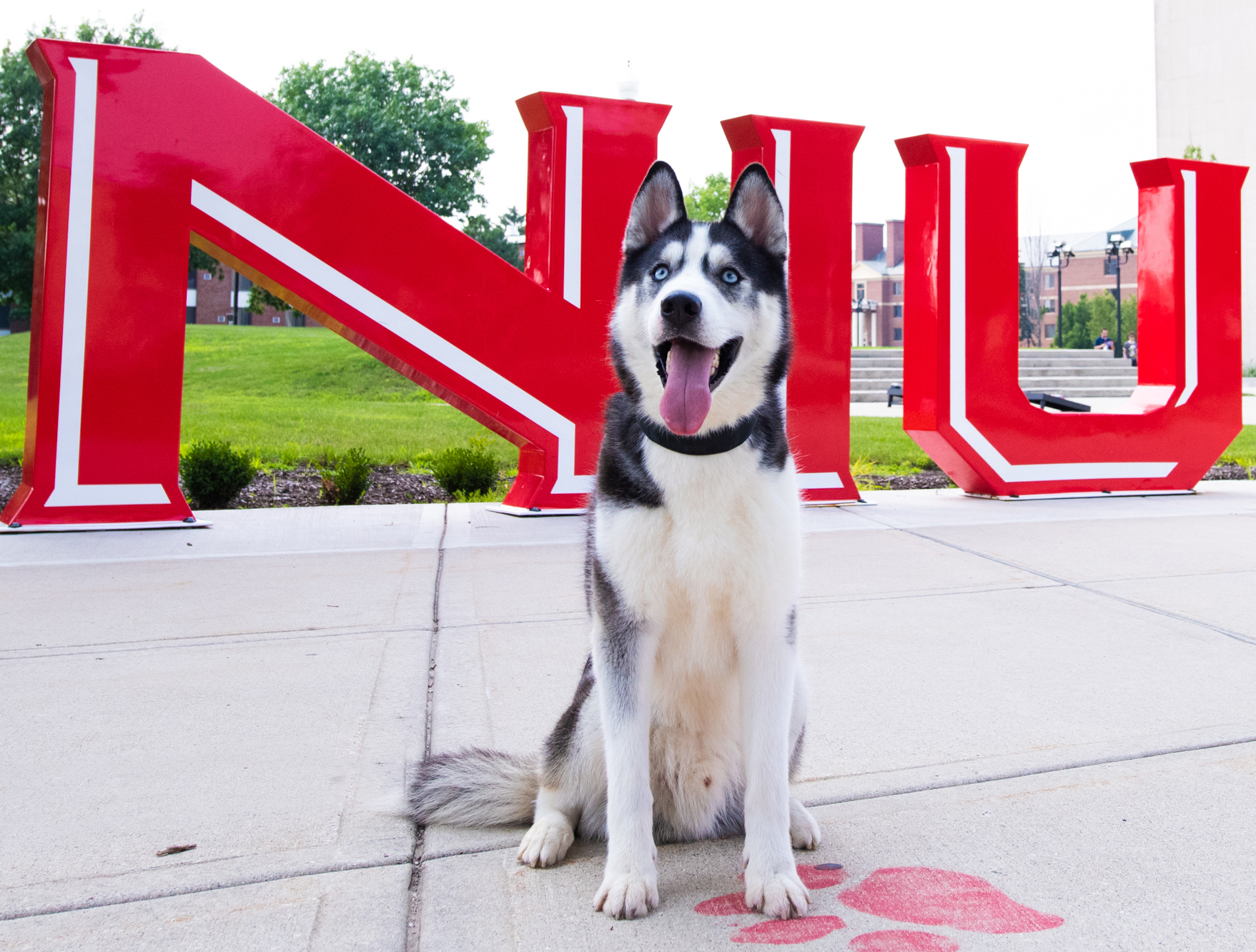 Mission II was born on July 6, 2019, and is a purebred Siberian Husky from Southern Wisconsin. Formerly known as “Mini-Mish,” he began his mascot term in June 2021, taking over for the original Mission who will turn 10 years old in December, according to both dogs’ trainer, Lisa Boland. The first Mission began his tenure as a mascot in late 2013. Both mascots have been funded thanks to the philanthropic support of proud alumni and donors John, '75, and Cassandra McKearn, '75.

“The McKearns’ support has been invaluable to the program's success, and we are thrilled that they are pleased with the strides the program has taken!” - Lisa Boland.

Mission II is regularly seen on- and off-campus, supporting the NIU Huskie community in as many ways as possible. He spends #MissionMondays on campus visiting various buildings and colleges, connecting with students, faculty and staff to start the week on a bright note. Mission II keeps a busy schedule with NIU Athletics, supporting as many NIU teams as possible, including traveling with the football team when able. Around test times and other impactful days on campus, you can find Mission II in the library offering comfort and support to the students.

Mission II trained for his role for two years, accompanying the original Mission and Boland to events and around campus to get the young one acquainted to mascot duties.

In addition to his campus duties, Boland hopes the new Mission II will be participating in therapy dog programs like his predecessor did, once he is able to complete his training and earn his certification.

Each dog has their own very distinct personality, Boland says.

“The original Mission is a much more formal and dignified dog, extremely food motivated (to the point of ignoring someone if they don't have treats), and a calmer pup during events and outings,” she says. “The new Mission was specifically selected for having a higher energy level, being more motivated by people and interactions, and is a constantly enthusiastic new mascot in the dynasty.”