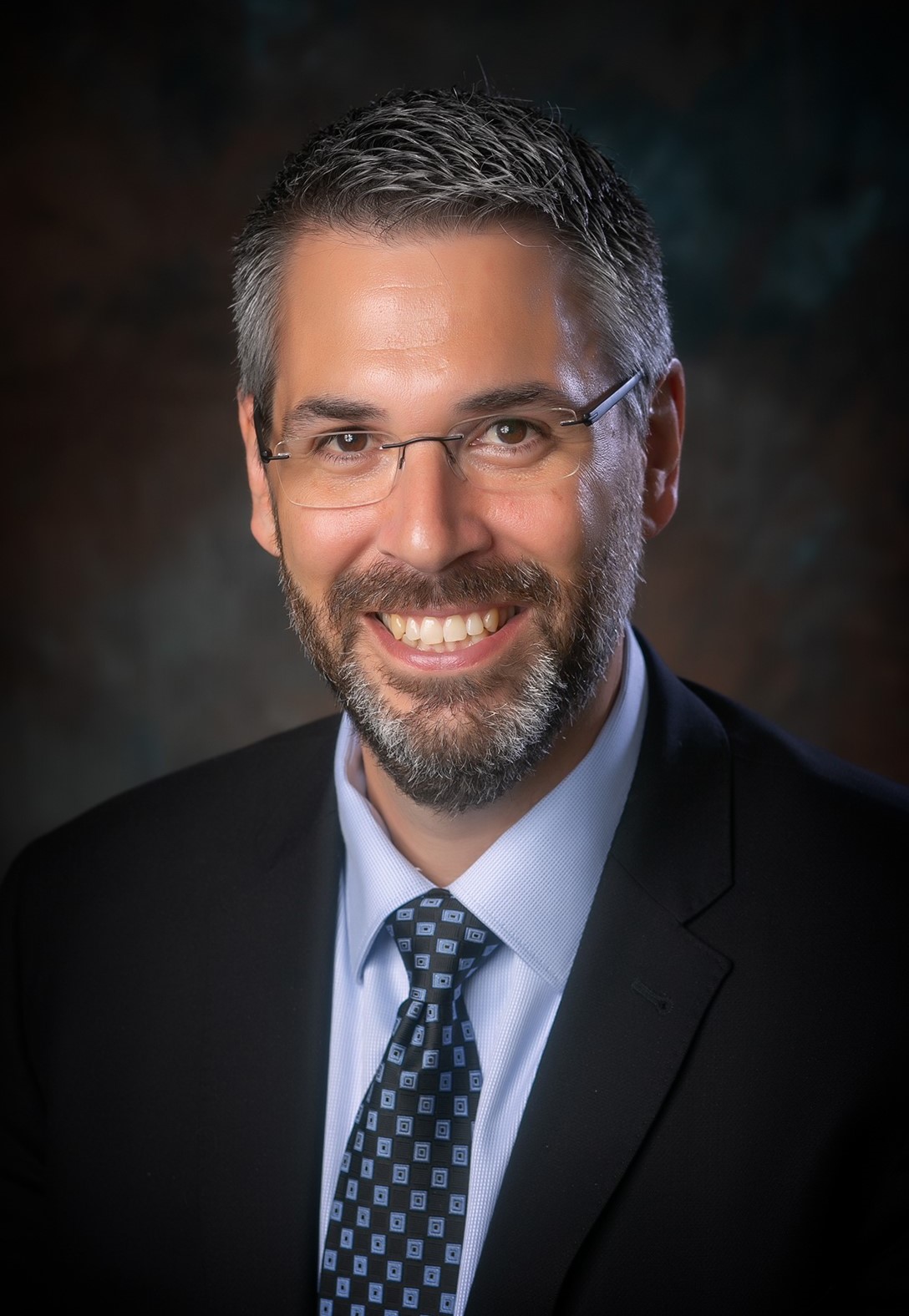 Next time you bite into a tasty morsel of food, you may want to stop and thank fellow Huskie Robert Sobel, ’98, Ph.D. ’04. As VP of Research and Innovation at flavor company FONA International, based in Geneva, Illinois, he may have just had a hand in the appetizing bite!

But before Sobel built his fun, fulfilling science career, he was a kid with a passion for science. He grew up on a small hobby farm about 22 miles southwest of Cleveland, Ohio, before moving to Illinois in the late 1980s and completing high school in the western suburbs of Chicago.

“Growing up, I was always curious about how the natural world worked," he said. "This curiosity fueled my interest in science, and my parents fostered and supported my many interests and hobbies, such as chemistry, film photography, backyard astronomy, electronics, like amateur radio and high-voltage generators, and my passion for playing musical instruments.”

Even as a teenager, Sobel had a vision for where he wanted to go.

“In my high school years, I knew I wanted to be a chemist or a science instructor with the aspirations of someday leading a technology company,” he said.

When it came time for college, he had his choice of universities to attend for his undergraduate degree. NIU’s chemistry program provided a balance between professional chemistry and secondary education, which were two areas that he wanted to pursue.

“NIU has a fantastic reputation as an educator’s university, and this culture stems back to NIU’s founding,” Sobel said. ”Also, the professors within the Department of Chemistry and Biochemistry have a very high level of engagement with students. I believe this departmental culture improved student engagement for both chemistry majors and non-majors alike. Class sizes were very small once you got past the general introductory chemistry classes. The department of chemistry and biochemistry was very welcoming and was a place where I could get support on learning the chemistry curriculum.”

Sobel noted that the department offered many extracurricular activities for student involvement, like the Chemistry Club and Chemistry Demo Nights, that provided a unique community where the faculty members were committed to engaging with students. It also provided him with achieving the dream of meeting his scientific paragon Dr. Carl Sagan.

“In 1995, I was in my general chemistry lab class, and the chair of the chemistry department, Dr. Joe Vaughn, was touring Dr. Sagan through our lab,” he said. “Dr. Vaughn stopped by my lab bench, and he introduced my lab partner and me to Carl Sagan. As a big fan of the PBS “Cosmos” series, I could hardly believe that I was meeting one of my childhood science heroes. It was such a surreal experience, and Dr. Sagan was welcoming in answering all my questions about his scientific career. He was a great scientific communicator.”

In 1998, Sobel earned his B.S. in chemistry, as well as his secondary education teaching degree, and he became a chemistry and physics instructor at Bartlett High School in Bartlett, Illinois. But when Sobel got a taste of the flavor industry, the real adventure began.

“I’ve always had a passion for education,” Sobel said. “Part of teaching secondary education is summer break. During one summer, I was looking for an industrial job to gain more practical chemistry experience. A friend introduced me to FONA International—a natural flavorings provider—where I was offered a summer position as an analytical chemist researching natural flavorings. This role was my first foray into the food industry, and I was enamored with the chemical complexity of natural products and natural flavor systems. After that first summer at FONA, I knew that I wanted to return to the university for a graduate degree in chemistry.”

He chose NIU specifically for its involvement in the emerging area of microsensors and electronic sensing, knowing that he wanted to use e-nose technology to characterize flavor systems. E-nose technology is exactly what it sounds like—an instrument that comprises an array of electronic chemical sensors that are capable of recognizing simple or complex odors and, thereby, flavors. Sobel knew that NIU’s Professor David Ballantine’s research group would provide a platform to further develop this microsensor array technology.

After completing his Ph.D., Sobel went to work for FONA full-time, and he currently serves as vice president of research and innovation.

“I direct the technology and research strategy for FONA International and lead two flavor research teams at our parent company, McCormick Spice Co.,” he said. “My group specializes in “industrial innovation,” where we develop patented and proprietary flavor technologies. It’s an exciting role that satisfies my passion for research and the development of new technologies that can enrich consumers’ lives by providing them the best possible flavor experience.”

Sobel admits that another fulfilling part of his role is that he can still be an educator. As the lead faculty for FONA’s Flavor University program, he frequently parses out time in his schedule to teach food industry classes on the science of flavor.

“I get to satisfy my passion for conducting flavor research, continue to be an educator, and most importantly, help my co-workers and my community grow in their understanding of food and flavor science,” he said.

Sobel’s specialty is in the area of controlled release and taste modification. His primary goal in his work is meeting the market’s and customers’ needs with his research teams’ technologies. The challenge with this is being committed to consistency. Most technology and innovations taking place in the food landscape are mid-term to long-term projects, and it’s a continual challenge to keep the long-term technology vision in place. This vision is achieved by being consistent and persistent with the milestones and waypoints along the innovation journey.

“What I can tell about my role is that I initially didn’t know that the world of flavor chemistry was so complex,” he said. ”And I don’t think many consumers realize the complex nature of the food that they eat. There’s much science happening in food and beverages. Flavor plays one of the most critical roles within food products because it’s the one ingredient that triggers our emotions and builds lasting memories. Literally, flavor triggers our emotional brain, unlike the other ingredients found in food. It’s that emotional connection between food and flavor that has a significant impact on our overall well-being.”

While Sobel is a name many recognize in the flavor industry, he credits NIU with teaching what he needed to know to develop great flavors.

“NIU taught me how to formalize my skills as a scientist and to be a critical thinker,” he said. ”NIU was incredibly supportive during my undergraduate experience and prepared me with the skillset to be a competitive candidate in the job market.”