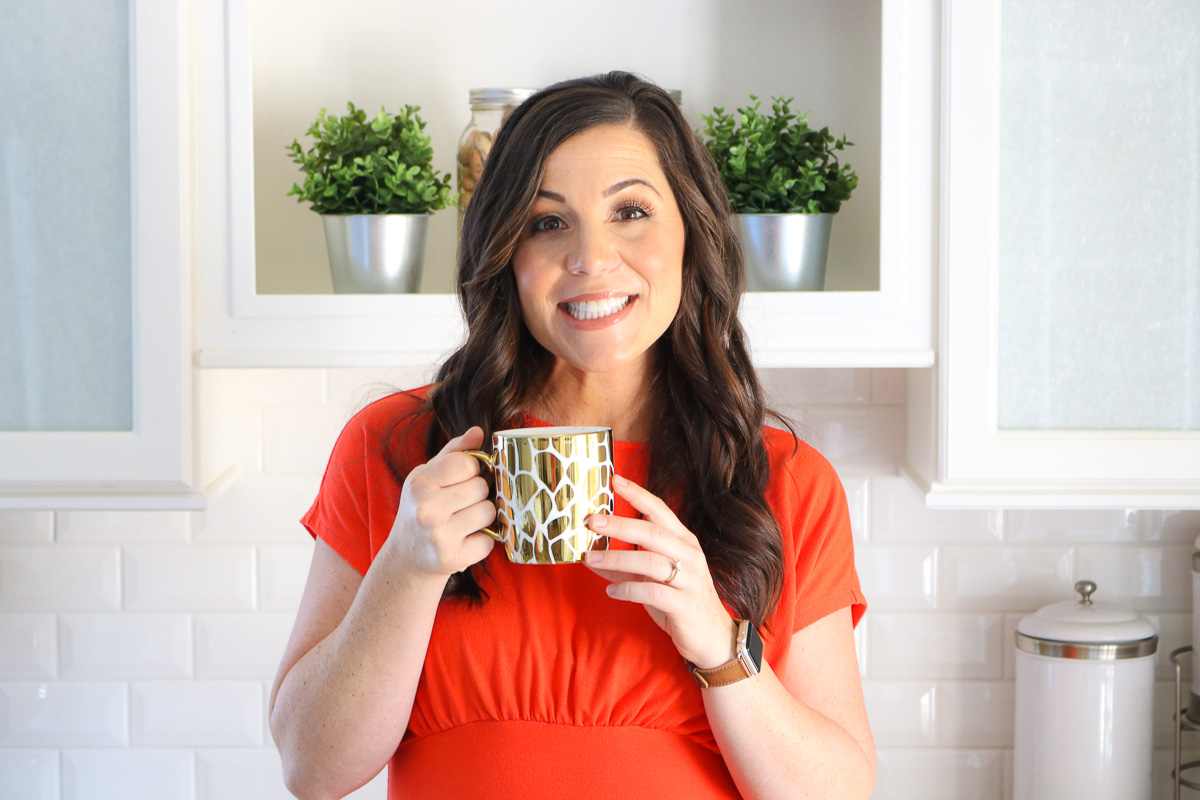 Even after five years of social media success, referring to herself as an “influencer” is still difficult for Liz Shaw, ‘M.S. ’10. Yet, that is exactly what she is.

With a combined following of over 30,000 on Instagram, between her two business accounts, her writing and nutrition tips featured in over 20 national publications, including Parents, Prevention, Shape, Oxygen, and as a featured guest on ABC, NBC, and over 20 local broadcast networks nationwide, Shaw's helpful tips are everywhere!

“It is still hard for me to get comfortable with. But when you break it down, I guess that is what I'm trying to do—influence others to think about education-based nutrition as a path to a healthier lifestyle,” she said.

“To this day, I do not regret that decision. Sure, it hasn’t been easy, and I worked very hard to get where I am today, but each piece of the journey led me to where I am now.”

Today, Shaw finds herself at the center of a nutrition brand and platform, sharing science-based information, healthy recipes and more with her audience.

“It’s important to me to always be authentic and real,” Shaw said. “That’s certainly what I want to see out in the world, and I think it’s what my followers want to see, too.”

This authenticity has done wonders for Shaw, and she has grown her business. One of the most rewarding for Shaw, and perhaps helpful for others, was her book  “The Stress-Free IVF Nutrition Guide,” an e-book for those undergoing assisted reproductive technology.

“While this was selfishly the guide I wish I had while undergoing IVF, it’s still a guide that I get countless messages about from women and men sharing how much it helped them through their own journey to baby. For that, I am forever grateful,” she said.

On the more glamourous side of her career, Shaw has become a national nutrition expert on regional and national broadcast television.

“I will admit I love being able to effectively and efficiently communicate tough nutrition science in a fun, digestible way on air,” she said. “Being on broadcast television was never something I saw for myself, but I’m very proud I was able to navigate this arena.”

Shaw has also become a national nutrition expert and spokesperson for numerous brands, such as the California Avocado Commission.

In 2020, she had the privilege to write two cookbooks with the “For Dummies” chain. She also writes weekly for national outlets, such as Oxygen Magazine and Clean Eating, as well as quarterly on broadcast TV sharing her latest simple swaps and recipe hacks!

As if that is not enough, Shaw teaches an online writing class each spring for those wanting to learn the craft of writing about food and health.

“It’s a fun way to connect with students and rekindle my love for nutrition in a new way each year!” she said.

Shaw’s unique career path organically grew from her interests and experiences as a young person. Growing up in Southern California, in a small town called Simi Valley, Shaw was always an active girl and played many sports, with basketball being her favorite. She also loved cooking and baking at Christmastime with her family.

“My interest in nutrition really piqued after I was diagnosed with anorexia as a teen,” she said. “I saw a multidisciplinary treatment team, and it was through working with a registered dietitian I realized the powerful role that nutrition can play in one’s life.”

A few years later, after Shaw had earned a bachelor’s degree in food and nutrition from San Diego State University, she decided to brave the cold weather and come to NIU to pursue an M.S. in nutrition and dietetics.

“I saw NIU’s program, which is a dual master’s program, and decided why not? I’ll apply!” she said. “I had never lived outside California but was excited at the possibility. I quickly filed my application and lo and behold a few weeks later found out I was accepted. I had less than a month to find a place to live, pack my things, and drive my car across the country in the middle of winter. To say it was an unforgettable experience is an understatement. But one that I do not regret!”

Shaw notes that the NIU dual program was very challenging, but it prepared her for her eventual career.

“While attending NIU I worked as a graduate assistant for various programs and really appreciated the experience this provided, as I tackled my master’s coursework and internship,” she said. “Balancing the workload of my job and studies gave me a sneak peek into my future career path, as I currently wear many different hats in my day-to-day life, and time management is a mandatory skill.”

After earning her master’s, Shaw’s career path took her down a few diverse avenues. Initially, she worked at in-patient and out-patient eating disorder centers, as well as a senior living center managing wound care and patient feeding. She also spent a few years in the college and university dining services arena, serving as a nutrition chair on numerous committees locally and nationally to help promote nutrition with regards to collegiate dining.

When she began working as an adjunct nutrition professor at two regional colleges in Southern California, she realized how much she enjoyed creating and communicating nutrition education campaigns.

“I hosted a YouTube channel, ran a weekly cooking show, and communicated with brands to help them become involved in the college setting with students,” Shaw said. “On the side, I had started my blog back in 2014 as a way to share my own recipes I was making with my husband and decided at the end of 2015 to take the passion and skillset I had honed and branch out on my own.”

From there, the rest is history! Shaw has been growing her blog and her brand ever since, but she is not only a career woman. As full-time stay-at-home and working mom, her days vary, depending on what season she is in and what projects are on her work agenda. With one toddler and one infant at home, she has streamlined her work to fit with all her important roles.

Like many, Shaw admits she often falls victim to the ‘comparison trap’ while juggling her career and family, often struggling with whether she is doing enough with her degrees.

“I wonder, ‘Am I really helping change the face of nutrition to make it more accessible and easier for all?’” she said. “Then, I sit back and remember that sometimes making an impact in just one person’s life is what matters. For instance, yesterday I shared a series of stories about being a mom to a son with food allergies and the financial spike we have seen since having to purchase appropriate foods for him. It got me thinking how blessed my husband and I are that we can afford this increase in our food budget, while knowing many others can’t.”

Shaw researched to find resources for parents of children with allergies and used her platform and her stories to share these resources with those who need them most.

“This story took off and was shared by multiple accounts that have tens of thousands of followers,” she said. “It reminded me sometimes such a small act can have a big impact.”