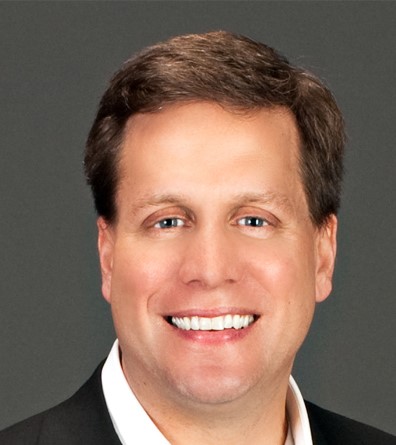 John Tobin, ’91, remembers learning the value of hard work and education early on as a child.

Tobin’s father taught vocational education, and while he loved his job he also needed to work side jobs to help support John and his six siblings.

“As a little kid, I was his helper and the cleanup crew, the gofer guy,” Tobin recalled. “The seven kids, we all had to work hard and do whatever we had to do for the family. That was grilled into us as kids, but education was a big thing he would emphasize too."

Tobin, who earned a bachelor’s degree in computer science from NIU, took those lessons to heart as he progressed through his career, eventually founding the company Slalom with two others.

Slalom is a management and technology consulting fund company that's focused on strategy technology and transformations. The company employs 11,000 people in five different countries, mostly in the U.S. but also in Canada, United Kingdom, Australia, and Japan, and will be opening outposts in Germany, Switzerland, the Netherlands, Ireland, New Zealand and Singapore over the next three years.

"What we try to do is in a modern way, look at the best, most effective ways of how companies work and putting those into practice and working with companies to transform their businesses to run more effectively, more efficiently and with the latest technology,” Tobin said.

Three of Tobin’s siblings attended NIU – brother Michael and sisters Maryann and Catherine, '83, - which inspired him to become a Huskie. He has fond memories of visiting campus when his older siblings attended school at NIU, being impressed as a youth at the trappings of dorm life.

"It seemed like a really cool deal that my brother was able to order pizza," he said with a laugh.

Tobin said he knew he had to pay for school and didn't want to take out student loans. He had jobs in high school as a caddy and at a drugstore.

"I worked a lot and saved a ton of money, and going to a state school and not having any debt coming out of school was very appealing to me,” he said.

While at NIU, he joined Phi Kappa Sigma and was active in intramural sports and Greek League.

"I remember freshman year we'd live at the rec center playing basketball - we'd be there for like five hours every day,"

His oldest sister, Catherine, graduated from NIU with a bachelor’s degree in English and went on to become an attorney. Tobin also started out as an English major and was planning on following in his sister’s footsteps as a lawyer, but switched gears after taking a look at his sister’s work as a corporate attorney.

"I remember staying at her apartment in downtown Chicago and I was looking at her work and it was just piles of contracts," he said. "In my mind I romanticized it and she's like well as a business lawyer this is what you do. And I'm like, OK, I don't want to do that."

Tobin instead decided to aim for a business degree, and to earn such a degree he had to take an advanced computer class. He decided to take a class in common business-oriented language, also known as COBOL, a computer programming language.

When the class began, the professor warned the students that if they weren't a computer science major, they shouldn't be taking the class because it was very intensive and involved a lot of time in the computer lab. Immediately five or six people left, but Tobin stayed.

"I don't know why I stayed there, but I stayed there, and I ended up doing pretty well in the class and liked it, and that's when I switched my major to computer science,” he said.

Computer science at the time was not a popular major, he said, noting that he was possibly the only person in his fraternity with that major. He said he liked that it involved working to fix problems.

“Ultimately it’s like a puzzle you’re trying to figure out when you’re programming, at least it was for me,” he said.

Tobin said NIU at the time had a computer science program that was “pretty far ahead of the game” in the late 1980s and focused on hands-on programming.

He remembers that when he graduated in 1991, many of his business major friends had difficult times finding jobs that weren’t entry level sales or business jobs, and he had three good job offers thanks to the computer science skills he learned.

“I just remember feeling lucky and appreciative of the hands-on training I received learning COBOL – it really is like learning a language,” he said.

After graduating, Tobin worked at the Board of Trade Clearing Corporation and for a small consulting shop in Chicago.

“I found that consulting companies were getting the cooler projects and dealing with the latest technology, so that was a cool opportunity,” he said.

After Tobin and his wife, Ellen, married, they decided to move to Seattle, as she had family in that area. Being young without kids at the time and being able to find a job as a developer almost anywhere during the ‘90s tech boom helped, he said.

“We decided to move to Seattle, and we said we’d live there for two years and move back to Chicago – that was 27 years ago,” he said.

“It was a great experience of how to build a team, grow a team, scale a team, which really helped for my role at Slalom,” he said.

Those jobs gave him experience as both a seller – as a consultant – and a buyer – working for his former client. However, he wanted more flexibility, and during the dot com era, he was getting a ton of offers.

Tobin ended up joining a startup but left within six months. He admits that it wasn’t a good decision, but that it gave him the entrepreneurial bug.

“I thought if these guys could do it then maybe I could do it,” he said.

In 2001, in talking with a headhunter, Troy Johnson, about another potential job opportunity, Tobin told Johnson he would like to ultimately open up his own consulting company. Johnson and his CEO, Brad Jackson, suggested to Tobin that he start such a company under their company’s umbrella. That company, Two Degrees, still exists, but as a subsidiary of Slalom. All three men are cofounders of Slalom, Tobin explained.

When Slalom was founded, Tobin said he wrote down values that he wanted the firm to hold – the first was to do what is right, always. Tobin focused on those values when, along with other alumni, he recently spoke with NIU College of Business students.

“I thought it was a really engaging conversation,” he said.

Tobin has also lent his experience to the Department of Computer Science.

“They’re starting to step up their game in terms of really doing everything on the cloud, which really most businesses are doing that today,” he said.

Tobin said when they hire people at Slalom, they look for people who are curious, want to learn and have diverse backgrounds.

“One of our core values is to stay humble and curious, and with that we want people to be lifelong learners,” he said. “As far as people coming out of business school, the discipline they were in doesn’t matter as much as they have a mind to learn, they can learn, and they want to learn.”

Tobin said what really gave him value as a graduate of NIU was the hands-on approach to learning.

“From day one I was adding value to the company,” he said. “I learned a ton over time, but I already had these core skills. So, I think the breadth and mix of practical skills you’re going to use, along with bigger thinking that all made sense a little bit later when you’re in the business world, were part of my NIU education.”

Additionally, the closeness of NIU to the Chicago area business community and the diversity of the student body are keys to ensuring that both alumni and future graduates are successful, he said.

“I feel like the diversity is represented at NIU is fantastic and what businesses are looking for,” he said. “That’s another huge factor, embracing that because that’s what businesses want to be.”

Looking back on his lengthy business career, Tobin is glad that he’s been doing business the right way with his set of values.

"Sometimes people would do things they knew wasn't the right thing, but they made a buck on it," he said. "I just think you don't have to do business that way. I think you can do business in the right way, and even if it means not making money or not making the sale at the time, it will come back to you in a good way."