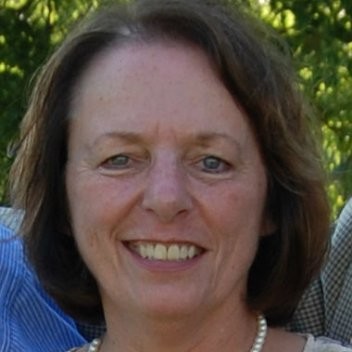 Margaret Kristan, '80, has spent four decades serving others in health care settings. Her new role as chair of Wisconsin’s Governor’s Committee for People With Disabilities allows her the opportunity to impact change for those who need it most.

For first-generation student Margaret (Radke) Kristan, '80, helping people connect to social or healthcare programs and services has become a way of life.

Today, as the chair of Wisconsin’s Governor’s Committee for People With Disabilities, she reflects on a four-decade career of health care administration and service, realizing her time at NIU helped direct her desire to make a positive difference in the world.

Growing up in Crystal Lake, Illinois, as one of eight children, Kristan was part of a loving and supportive family that helped her realize her full potential.

“Back then, Crystal Lake was a very small town. It’s not that way anymore!” Kristan said. “I grew up doing simple things, like hanging out with family and friends, ice skating during the winter and riding bikes, going to the beach and going on family camping trips during the summer."

Kristan felt at home and flourished in school.

"In high school, I was active in school activities and was elected President of the Student Council. That was early learning about how difficult leadership roles can be!” she said.

Three of Kristan’s older brothers earned degrees from NIU before moving into good jobs that paved the way for very successful careers, and Kristan understood how NIU provided an environment that helped them to succeed.

“That was key to my decision to also attend NIU,” she said. “I actually transferred into NIU after completing my associate’s degree at McHenry County College. I wasn’t sure what I wanted to do when I completed my degree, but I knew I wanted a career that involved helping people.”

Growing up in a small town in the 1960s and 1970s, when TV shows did not portray women in a wide array of careers, Kristan was not exposed to a lot of career options.

At first, Kristan thought that she might want to become a teacher, but she soon found that role was not a natural fit for her.

“I talked to an advisor who suggested I look into the family and social services tract, with a possible goal of becoming a social worker,” she recalled. “In one of the first classes I took, we studied emerging theory on how people cope with loss, including the new work at that time of Elizabeth Kubler-Ross describing the five stages of grief. It fascinated me, partly because it helped me understand my own journey of handling the death of my father when I was only 15 years old. I finished my degree in family and social services, hoping to land a job that allowed me to help people overcome their own grief or to overcome other life obstacles.”

Kristan was the first woman in her family to graduate from college. After earning her degree, she landed a job at Memorial Hospital of McHenry County as a discharge coordinator, helping arrange services or support for patients who were getting ready to be discharged.

“That job exposed me to the field of healthcare administration, and a few years later, I completed my master’s degree in healthcare administration at the University of Wisconsin in Madison,” she said. “I worked for many years for the Wisconsin Department of Health Services where I had the opportunity to grow in my career, leading teams and managing programs that I hope made a difference in the lives of some people. I was able to learn about public policy and politics, state and federal programs and laws, and the complexities of administering state-level programs. I also worked with the legislature and a wide array of stakeholders, including, most importantly, the people who received services from the programs I managed.”

Next, Kristan took a break from state service to join a national health care consulting firm, advising clients around the country on Medicaid-related policy matters. However, she missed public policy and programs and was drawn back to state government.  In total, Kristan has worked for state government for 30 of the last 42 years.

During the last several years of her state service, Kristan had the privilege of leading a program that supports Medicaid members, specifically adults with physical or intellectual disabilities and older adults. The program provides a wide array of services and support to help people to live independently, in their own homes, to live full and meaningful lives and to be treated with dignity and respect.

“Not all that long ago, many of these people would have been institutionalized, isolated from their families, friends and communities,” she said. “This work has been the most fulfilling work of my career, in part, because it resonates with me on a personal level. In 1973, two years before my father died, he began to experience numbness in his feet and legs. He had a debilitating and progressive disease, and over the next two years until he died, he needed an increasing level of help for almost all his daily care needs. At that time, there weren’t really programs to help people with disabilities in their own homes.”

Kristan's mother had to quit her job to care for her father and to raise the five children who were still at home. Without jobs, Kristan's parents had to cash in the little life insurance they had to pay the bills and then, ultimately, her parents had to apply for Medicaid and food stamps.

"Our lives were turned upside down.  We experienced the shame and humiliation that came with being on 'welfare' back in those days, despite the fact that my parents were proud people who had worked long hours at factory jobs for years to support our family.  It is hard to put into words how difficult that time was were? on so many levels and the profound impact it had on our lives. Today, we have a better understanding of how trauma affects people but that wasn’t the case back then,” she said.

In addition to her experience with her father, Kristan’s cousin had an intellectual disability, and for as long as she could remember, from the time he was a very young boy, he lived in a large institution that housed people with disabilities.

““I think about him now and can’t imagine what it must have been like for him to be taken away from his home as a young boy, to live in an institution for almost all of his life. I can’t imagine how my aunt coped with it,” Kristan said. “I think of all of the moments I treasured raising my own sons—John, who is now 34, and Andy who is now 30—and the joy of watching them grow into kind-spirited and compassionate men. I cannot imagine how my aunt coped with not being able to have those moments with her son. I also often wonder how different my cousin’s life would have been if he had been able to remain at home with my aunt and if they had access to the kinds of services and supports that are available today.”

Five years ago, Kristan left state government to become vice president of long-term care and community inclusion for a Milwaukee-based health plan, iCare, which is a Humana subsidiary. In this role, she has been able to continue working to support people with disabilities and older adults and has had the opportunity to help shape Humana’s approach to long-term care.

“It’s exciting to work for a company that supports a vision of helping people with disabilities and older adults live independently and to support not only their access to health care but to other basic needs, such as housing, food, employment and strong social connections,” she said.

Kristan has continued to support people with disabilities in another very important way. Just over two years ago, she was appointed by Governor Tony Evers to serve on the Wisconsin Governor’s Committee for People with Disabilities (GCPD). This committee advises the governor and state agencies of issues affecting people with any disability, such as physical, intellectual, mental health, substance use disorders, hearing loss/deafness, visual impairment/blindness. Kristan served as vice chair of the GCPD for two years and was recently elected as the chair.

In the next few months, the GCPD will soon be releasing a short educational video to remind people about the unique needs and rights of people with disabilities. It’s just one example of an issue addressed by the GCPD.

After a long and successful career advocating for others’ health care rights, Kristan credits NIU with helping her to develop her passion for helping others.

“As I look back, my education at NIU was the spark that opened up a world of possibilities and gave me the foundation I needed to pursue my master’s degree and a long and rewarding career,” she said. “In addition to the coursework and all I learned completing my studies, NIU helped me build skills, such as critical and analytical thinking and writing and communication. As a first-generation college graduate, my degree from NIU gave me the opportunity to learn that I could succeed, that I could chart my course in life.”