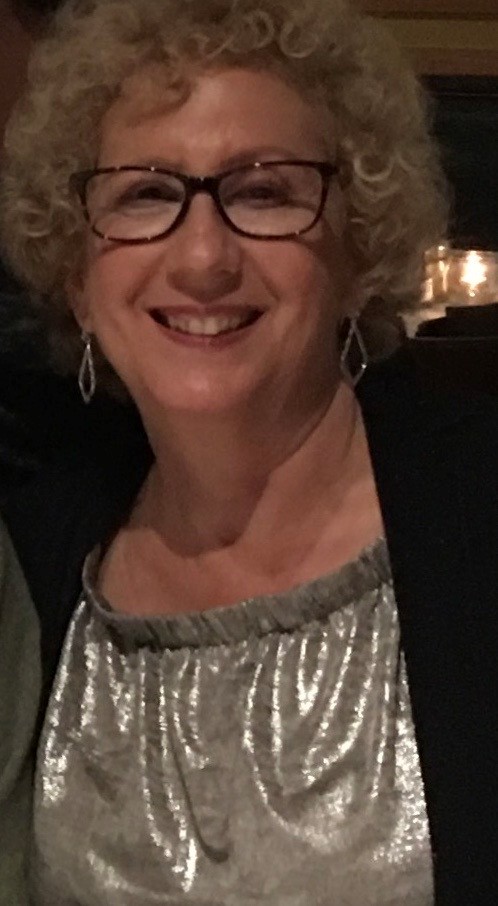 For Madi Bernhardt, ’72, volunteering comes as naturally as teaching.

When it came time to consider where to give her time after her retirement from teaching in 2015, she knew exactly where she felt most connected.

“NIU means a lot to me because the degree I earned fulfilled my dream of becoming a teacher,” she said. “I was the first-generation American on my dad’s side to receive a college degree. This accomplishment was important for my family and me.”

After graduating from NIU in education in 1972, Bernhardt went on to a career as a first grade, sixth grade, and junior high school teacher. Her professional career moved her to schools in Kankakee and Round Lake, Illinois, and in the Chicago Public Schools.

“My biggest accomplishment in the classroom was teaching 33 first grade students, from a low-income area, to read!” she said.

After her son Brian was born, Bernhardt and her husband opened up Hawthorn Camera Center in the Hawthorn Shopping Center in Vernon Hills, Illinois. It was one of the first camera stores in Lake County. She then devoted her time as a stay-at-home mom for several years and worked in the store, until her son started Kindergarten. At that time, she decided to go back to educating students as a substitute teacher and an instructional assistant in several school districts in the North Shore area.

In 1992,  Bernhardt switched gears, working for Fortune 500 companies, which taught her skills in finance, marketing and sales, before being called back to the teaching world.

"After Sept. 11, 2001, jobs in corporate fields were challenging to find. I knew it was getting closer to retirement time and, as they say, I went went full circle back to my passion—educating students at the school district near my home in Vernon Hills."

There, she managed a fluency lab, helping students in language arts and history classes, while also working with students with special needs for the first time.

"I learned to adapt and be a real team member," she said.

Bernhardt’s passions were apparent early in life, growing up in the 1950s and 1960s in Skokie, Illinois.

“As a young child, my love of music began,” Bernhardt said. “My dad took me to ballet performances in Chicago and my passion grew. I was always listening in the house to operas and symphonies of my dad’s generation, plus the records of my time. I sang in the high school choir. I guess one could say I was musically inclined, also playing piano during the evenings after school.”

During this time, she also learned early on that she enjoyed taking care of the neighborhood children and teaching them. The seed was planted for her to go to NIU and earn her degree in education. She enrolled in 1968 as an education major.

“My experiences at NIU began with my newfound friendships of students who also grew up in the Chicagoland area,” she said. “I loved meeting new friends. I lived in several dorms on campus and stayed nearly every weekend.”

Bernhardt was elected to the judicial board of her dorm while also working as a volunteer tutor at the Geneva State Training School and singing in the NIU choir.

“My world opened up with the freedom and independence that going away to school brings,” she said. “I was there during the ’60s, witnessing the historical and turbulent times on campus. I decided, at that time, to minor in history and took several African-American history classes to learn more about our country, too."

Today, Bernhardt gives back to her alma mater through several volunteer projects, including The Huskie Postcard Project, “Meet the Alumni” events, “Making Connections Through Conversations” events, and The Huskie Grit Mindset letter campaign.

“Volunteering has helped me to connect to NIU by mentoring students to succeed,” she said. “During the pandemic I was lucky to find the opportunity to work with the staff, through training via Zoom, and I met students from all over the world.”

Bernhardt is thrilled that many of the students have goals towards degrees from schools at the university that did not exist when she was in school.

“These students are amazing, and it brings me great joy to see their dreams come true. Many want to pursue graduate degrees! I look forward to connecting at the campus in the future as a volunteer,” she said.

While some of Bernhardt’s volunteering has been virtual, she has also come back to campus and enjoyed the nostalgia it brought.

“One special memory was reuniting with my college roommate and friends,” she said. “Doing that made me think that it would be so cool to meet there for our 50th reunion later this year!”

Bernhardt notes that her most meaningful volunteer role was the Huskie Grit Mindset letter campaign, where she corresponded with students about what it takes to succeed.

“My experience in teaching and public speaking was K-9,” she said. “Now, I’ve had the chance to speak directly to NIU students about my challenges at college and the mindset that helped me to succeed. I enjoyed sharing my experiences in this unique role in a virtual classroom setting at NIU.”

Bernhardt believes all Huskies have an awesome opportunity to help students.

“I hope other graduates will give back to NIU as volunteers,” she said. “History is important to learn in our lives, and we, as alumni, are a big part of it. Let’s share our experiences with the next generation of NIU graduates!”