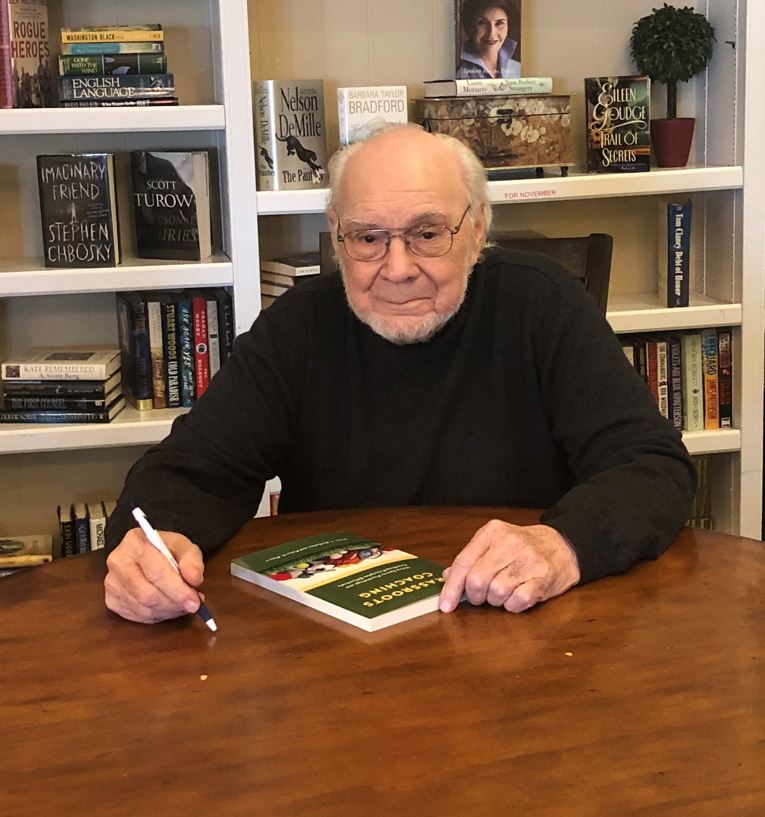 Peter Pierro has earned three degrees from NIU and credits the University with teaching him the principle on which he has based his career—individualized learning.

Just because Peter Pierro is getting up there in years, do not be fooled into thinking he is slowing down.

“I am a seeker. I am still very much seeking who I am and what I am doing,” Pierro said. “The next day is always another day of learning. I don’t have time to listen to rumors. I don’t have time to complain or to do anything but the important work. Sometimes I don’t know what that will be, but I’ll find out.”

Pierro’s more than nine decades have added up to a life that is bursting at the seams with meaningful experiences. Growing up in LaSalle, Illinois, he began playing baseball in 1938, at the age of 12. He was co-captain of his eighth-grade basketball team and played the park system until graduating. Pierro then joined the WWII effort by enlisting in the U.S. Navy after high school graduation. There, he learned how to work on the electrical system of the carrier-based fighter aircraft the Grumman F6F Hellcat on the island of Tinian, one of the principal islands within the Mariana Islands.

“I played my first softball game on the island of Tinian and got hooked on that game,” he said. “We also played basketball, and I was able to make the Navy All Star team. I was 5-foot-6-inches at the time and never did get taller!”

Upon his return after the war, Pierro began his college career, playing basketball at the La Salle-Peru-Oglesby Junior College, which is now Illinois Valley Community College. The next two years, while pursuing a social science teaching degree, he served as director of the sports programs in the La Salle Park System and also won the high bowling average trophy during his senior year.

Pierro then went on to play for several softball teams, including the Will-Walt team in the Northern Illinois Fastball League and the Utica Yanks—a semi-pro baseball team—in the Central Illinois League. He coached junior high school basketball and softball, high school basketball, Bambino League baseball, for children who are 12 and under, and  women’s softball.

Even though sports were a passion, Pierro felt increasingly called to the classroom. After earning his bachelor’s degree in 1950, he went on to teach in a one-room rural schoolhouse in 1950. There, he had one of the most transformative experiences of his career.

“I’m proud of the fact that I have taught in a country school,” he said. “There were 19 kids, in first through eighth grades, and we all learned together. The eighth graders helped the first graders, and we worked as a team.”

Pierro believes that coaching and teaching are similar in that it’s about reaching the threshold of one’s own mind and one’s own abilities.

From there, Pierro moved on to teach in small schools throughout western Illinois before landing a job teaching fourth grade in Barrington, Illinois. This experience cemented what Pierro had begun to learn at NIU—that each student needed his or her own individualized learning.

“I kept that concept of individualized learning throughout my career as a teacher and professor,” he said. “Even as I was working with students on their doctorates, at the University of Oklahoma, I was always working on an individualized process. I never lectured much. We just talked about learning together.”

Collaborative learning is an overarching theme in Pierro's teaching career.

“We would sit together and work together, and the process was about sharing ideas and sharing thinking,” Pierro said. “We had the entire class operating as a team. Teamwork is a process that runs through coaching and learning. We are a team, and we’re here to learn together and care about each other.”

Understanding that teaching provided a way for him to continue to learn alongside his students, Pierro returned to DeKalb to pursue his masters’ degree in educational psychology, focusing his thesis on the idea of individualized learning in fourth grade before completing the program in 1957. 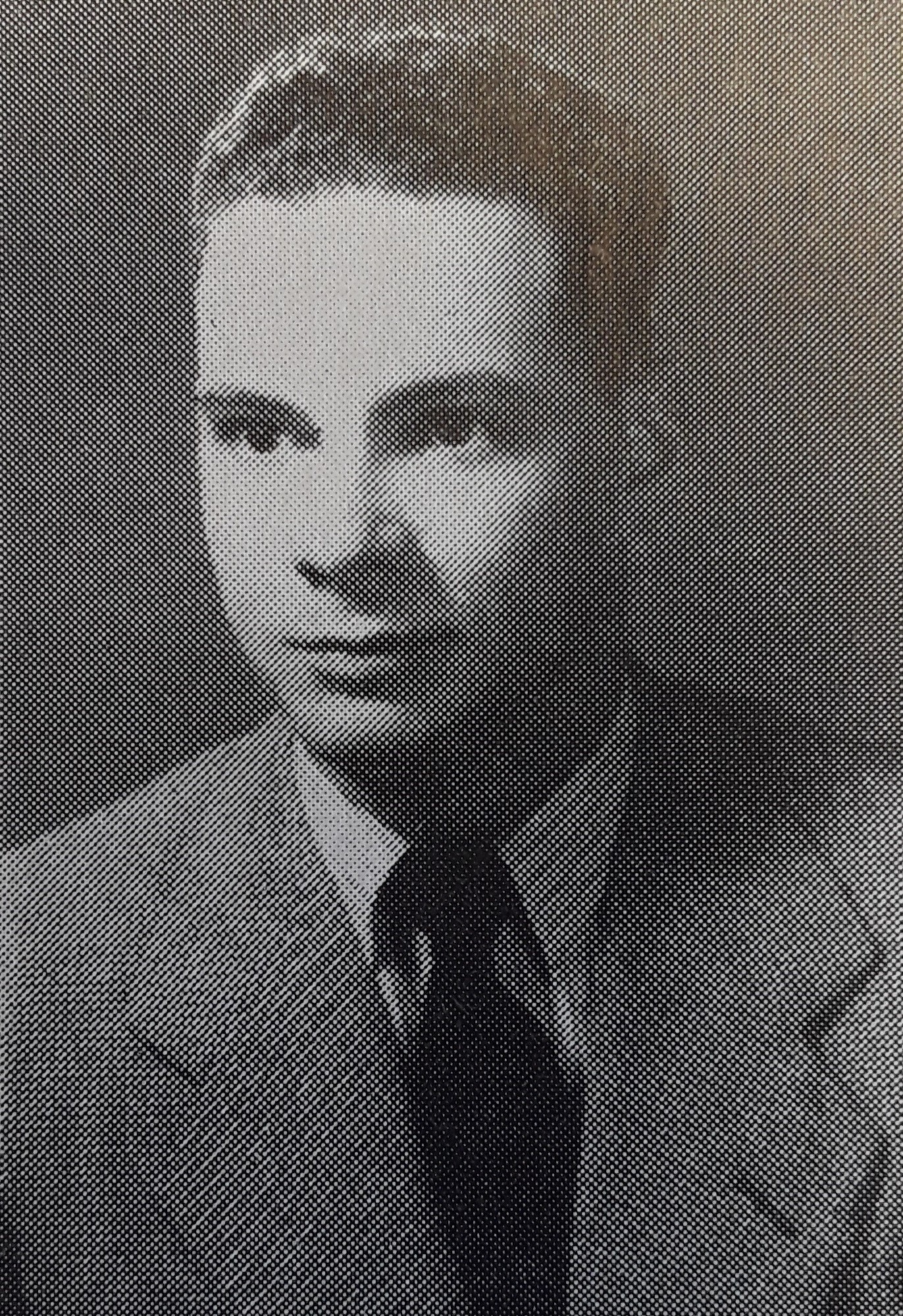 Peter Pierro is pictured as a senior in the 1950 edition of The Norther.

"When I got to the middle of my masters' work, I realized that teaching was my future. I left my coaching job in DePue, Illinois, and decided that I would get my doctorate in educational psychology and become a college professor," Pierro said. "I have been extremely happy with this choice."

From there, Pierro served as a junior high teacher, an assistant principal, and an assistant superintendent before becoming a distinguished professor of education, and eventually the director of the elementary education program, at Elmhurst College in Elmhurst, Illinois. He worked full-time while being a part of NIU’s inaugural class of education doctoral students, earning his Ed.D. in curriculum and supervision in 1966.

Around this same time, Pierro married his ambitious sweetheart, who he met at Elmhurst College—music director, music teacher and symphony performer Bobbie Bullard Pierro, who happened to hail from Oklahoma. The couple moved to her home state where he worked as a professor at Southeastern Oklahoma State University, as a graduate director for historically Black Langston University, and as an adjunct professor at the University of Oklahoma. While there, he mentored many student teachers who went on to careers teaching the next generations.

Yes, Peter Pierro has had quite a full life, but he is the first to tell you there is more to come around the corner.

“I am doing some of the best writing I have ever done now,” he said, adding that he continues to learn from the writing process every day with his friend and colleague McGahey. “This book is a culmination of my sports experience, both in coaching and playing. I still meddle with writing about coaching. I have spent considerable time with the Oklahoma Soccer Association and with USA Softball.”

In fact, he is already planning his next writing project—writing his fifteenth book, which will be about how a family with young children can function like a team, with the parents in the coaching role and the children learning alongside them.

“I feel thrilled about the fact that I have taught students from a country school, in first grade, all the way up to doctorate students at University of Oklahoma,” he said. “Did you know that learning is a ‘bringing-out process’ rather than a ‘pouring-in process?’ I wanted my students to become involved, energetic producers who would share what they produced with the rest of us. In my college career, I never lectured. I never sat behind a desk. I never gave a pop quiz. I wanted every one of my students to get involved in their learning.”

“They encouraged me so much,” Pierro said. “At Northern, I always felt like a learner. There was a sense of caring about us from the staff, which was marvelous. They energized us to become learners and go out and do something in the world. They wanted us to be something and do something important with our education.”

Still, after all the accolades and experiences, Pierro knows what stands out as the most important accomplishments of his life.

“Sure, I was inducted into the Illinois Valley Community College Hall of Fame, I became a distinguished professor, and I earned my doctorate,” he said, “But when a student tells me they have never forgotten what they learned in my classes, that is what has stayed with me most. They tell me, ‘You brought me into a learning environment and encouraged me to find who I am and how to be my best in teaching.’ That’s what means the most.”

Now, as Pierro looks forward to writing his next book and continues to seek out new adventures, he is reminded of his beloved partner and wife, Bobbie Bullard Pierro, who passed away in 2017. She had played the French horn with the Tulsa Symphony and Oklahoma Symphony before working as a church choral director and elementary school music teacher. She received the John F. Kennedy Arts Award for Excellence in Teaching in 2007.

“I lost this wonderful woman after 38 years of being together, and the joy of that relationship was great. She and the family that we developed gave so much meaning to my life,” he said. “The whole idea of us learning together, side by side—that is what I miss the most, and that is what motivates me to keep going.”

Pierro notes that he was often reminded of his classroom and coaching successes while watching her work with church choirs and public school children.

“In this way, for me, it’s always been about the joy of playing, not just winning.”