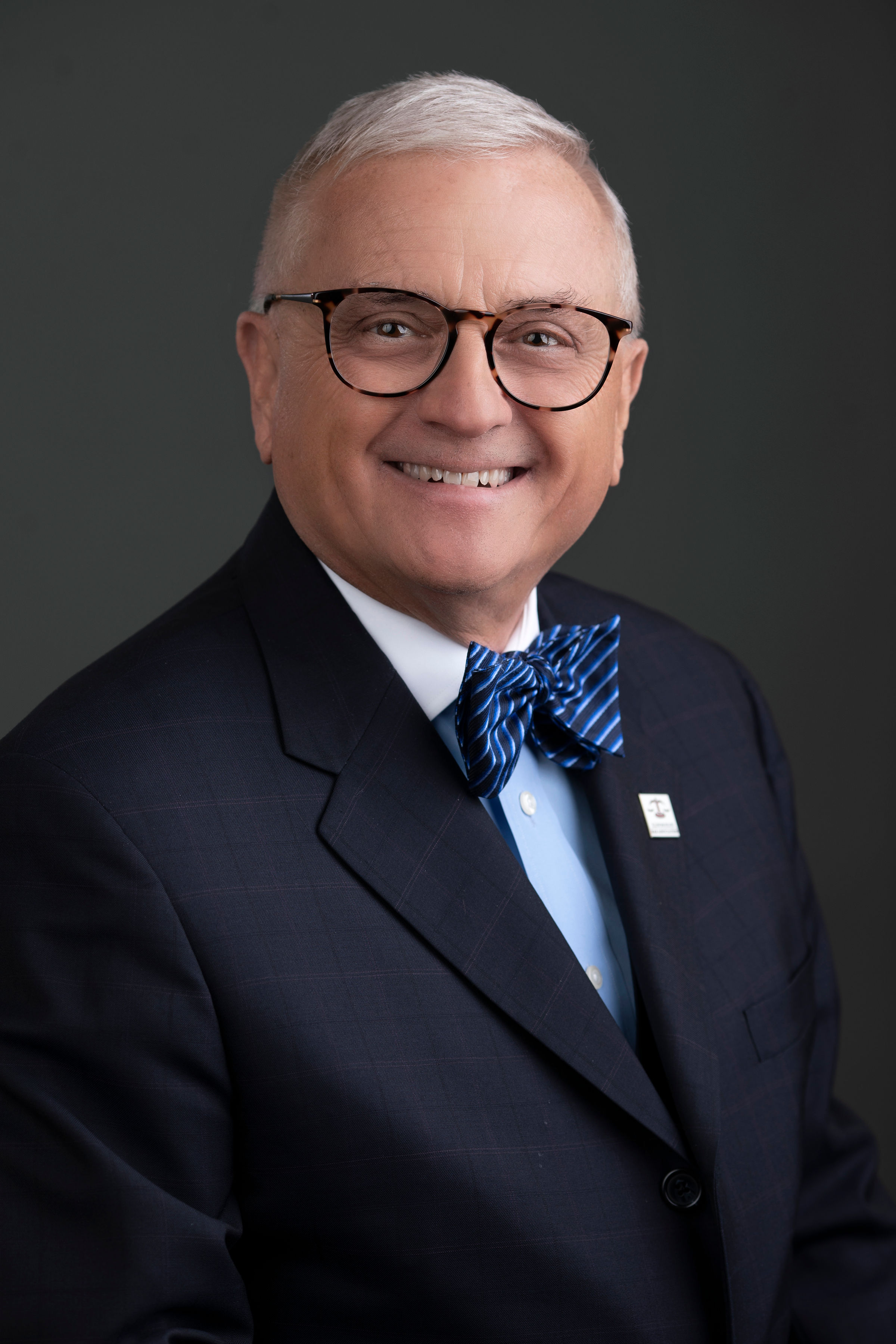 Rory Weiler earned B.S. in journalism from NIU in 1975. He now specializes in divorce law and is the president of the Illinois State Bar Association.

Growing up in the Mount Greenwood community on the South Side of Chicago, and, later, the south suburb of Oak Lawn, Rory Weiler preferred quiet hobbies and intellectual endeavors, always seeking to “make a difference somehow.”

“Not being particularly athletic—honestly, I was a chubby little kid with no athletic talent—I gravitated toward reading, and read voraciously, loving history,” he said. “I also spent a lot of time watching TV, favoring the early version of “Jeopardy!,” “Sea Hunt” and “Perry Mason.”  Since I can’t swim, being a lawyer seemed to be a more realistic goal than becoming a scuba diver.”

“Our group traveled to DeKalb for the award ceremony, and I fell in love with the University and the town,” he said. “At that point, I was mulling University of Illinois and Northwestern. Because Northwestern cost more per year than my mom made at the time, I gave up on the Medill School of Journalism. When it came to U of I, many of my friends were going there and, being 17 and naïve, I thought I’d go somewhere that I could make new friends instead of just hanging with my high school pals.”

This gamble paid off for Weiler, who met his wife Sue when they were freshmen at Grant North. He also became a member, and later the social chairman of Phi Kappa Sigma fraternity, making many friends, including his brother-in-law.

Weiler prioritized his studies, even while enjoying the active social life he had hoped for on campus.

“My senior year in high school I was the editor of our student newspaper, so I came to NIU convinced that I would pursue investigative journalism and become the next Woodward and Bernstein," he said. "Given what was going on in our country at the end of high school, a career in journalism seemed to me to be the best way to make a difference. However, my love for history and achieving some pretty good grades eventually had me rethinking the idea of becoming a lawyer from my childhood. I knew that I could try to make a difference by helping people in need. Being the first in my family to go to college, when the idea of a career in the law became an achievable goal, that became the focus of my academic efforts.”

As Weiler moved away from journalism, he was able to get into more history and political science classes. The more history he read, the more he realized the incredibly significant impact that the Rule of Law has had on our country and civilizations throughout the world in general.

“Political science provided deeper background on government and the different systems, forms and theories of government. I became rather interested in the Enlightenment and Enlightenment thinkers, many of whom were expounding on the Philosophy of Law. All in all, my NIU education was a well-rounded liberal arts experience that, in some ways, sharpened and refined my skills for critical thinking, and the ability to organize and speak effectively and persuasively—which are skills that were of incalculable value to a litigator,” he said.

After graduation in May 1975, Weiler worked as a clerk at a law firm on LaSalle Street in Chicago while attending law school at night at John Marshall, which is now known as UIC Law School in Chicago. Upon graduation from Marshall in 1979, he took a job with a solo practitioner—Melvin E. Dunn, in Elburn, Illinois. Dunn was appointed an associate judge in 1982, and with a whopping three years of experience, Weiler continued to operate the firm in his own name until he took a partner, John Noble, in 1987. They practiced together until 2005, when Weiler formed Weiler & Lengle, P.C. with Phil Lengle and Dan Weiler (no relation). 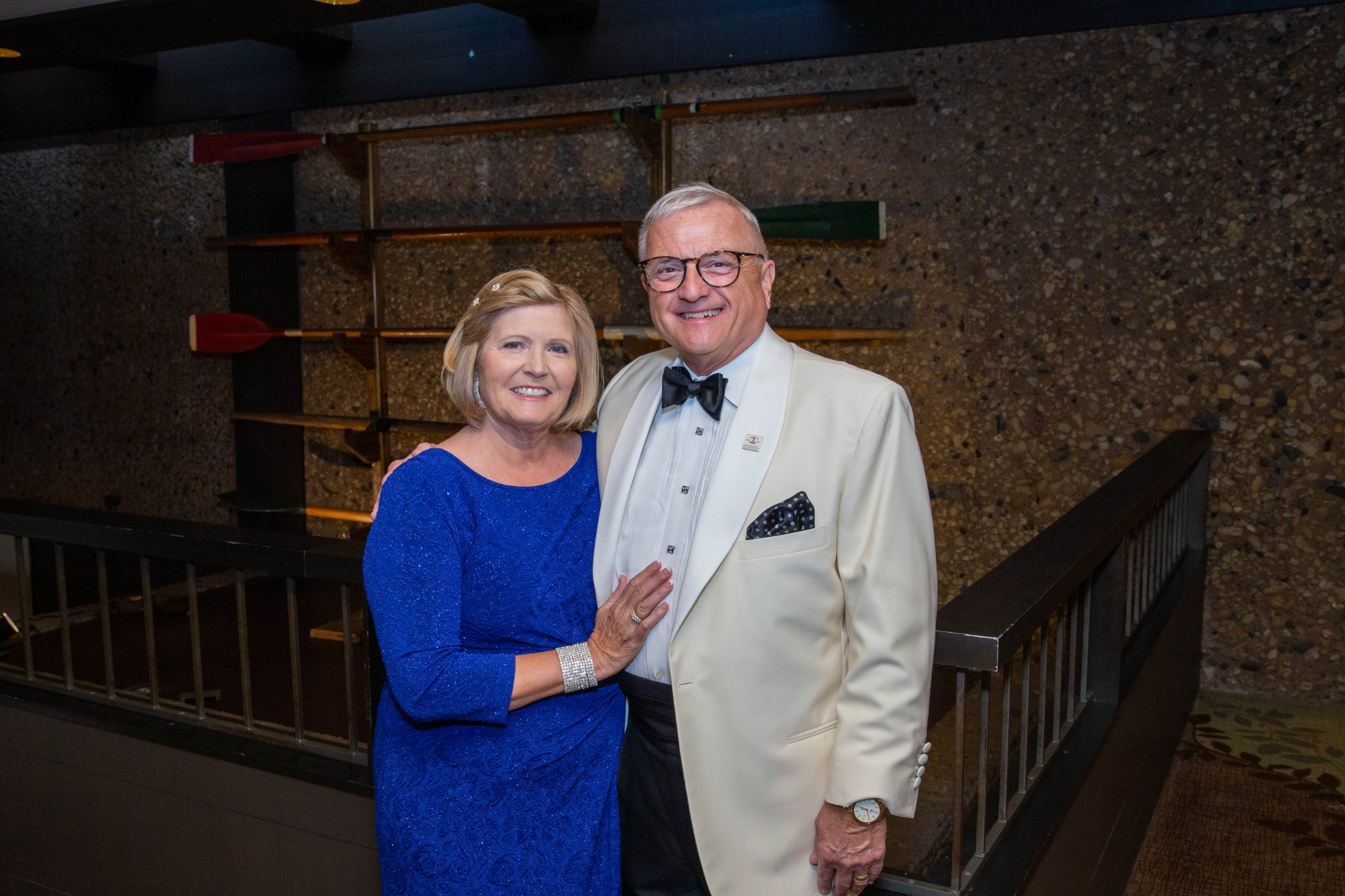 Weiler credits his wife and fellow Huskie Sue, '75, for giving him the courage to dream of what they have accomplished together in the last 50 years.

“My first experiences as a young lawyer were doing just about anything and everything from estate planning to criminal defense and, of course, divorce,” Weiler said. “I found in divorce work the ability to satisfy two professional goals: To try a lot of cases and to be able to help people through what may be the most trying and difficult period of their lives. By the early 1990s, I was doing almost nothing but divorce work, so I started doing it exclusively, and that continues to this day.”

“We are relatively selective about the cases we take on, generally looking for situations where there are more complicated financial issues or significant disputes over children,” Weiler said. “We carefully manage our caseload so that we can provide the kind of personal and attentive professional services our clients expect. Having developed the practice over the last 43 years, I believe we have achieved an excellent professional reputation among our clients and colleagues. I can honestly say that I’m proud of our firm and how we handle our clients’ cases with care and concern for them as humans, not just clients.”

Weiler’s son Tim began working at the firm as a clerk when he started law school in 2009. Today, he is growing the firm while continuing the approach his father established many years ago.

In 2002, Weiler became more active in the Illinois State Bar Association (ISBA) by being appointed to its Family Law Section Council, and that involvement progressed to becoming the chair of the committee and other leadership positions on the organization’s two governing bodies—the assembly and the board of governors. He ran for third VP in 2018, and was elected, without opposition, in 2019. In June, Weiler was elected president of the ISBA.

“My son Tim now runs the firm, while I focus on the ISBA and, soon, retirement,” Weiler said. “The opportunity to work with him and see the fine lawyer he has become is an amazing blessing.”

Weiler notes that, because the staff of the ISBA is the best of any bar association in the country, his job as president is not only easy, but extremely fun and fulfilling. Most weeks involve a handful of meetings or events with or hosted by other bar associations throughout the state.

“I speak with our executive director several times per week, to plan for the future and discuss policy and the problem-solving that comes with any organization of 28,000 members,” he said.

“We are now heavily involved with a diversity, equity and inclusion assessment of our association. We also have, at any given point, a number of association initiatives to benefit our members, including practice support, wellness, and monitoring developments on a national basis that impact our members. Sometimes, however, it’s as simple as showing up at another bar association function to meet other lawyers and talk about challenges we all face in our daily practices.”

Weiler notes that the best part of his role at the ISBA is being given the opportunity to make a difference—something he has been striving to do since he was a child.

“As president of ISBA, I have the opportunity to work with our Illinois Supreme Court on issues of professionalism, civility, wellness, practices and procedures,” he said. “We have had an excellent relationship with the members of the court which enables us to work cooperatively to improve the practice for our members and, more importantly, enhance access to justice for the indigent, underrepresented and marginalized communities. I can use my bully pulpit to be the voice of those our society will not hear and to try in some small measure to provide those folks most in need of it with legal representation.”

Weiler notes that the most challenging part of this role is trying to find enough time to do everything he wants to accomplish, and there are so many programs and goals he wants to achieve.

“I have to remind myself that I won’t be able to do everything, but I remain hopeful that we’ll have the groundwork in place for the work to go on after my term is over,” he said. “I am a strong believer in the old phrase, ‘to whom much is given, much is expected.’ I see the practice of law as a privilege that I am extremely blessed to have been afforded. As such, it is incumbent upon lawyers in general, and me in particular, to give back to our profession, our communities and our citizens. I’m a huge proponent of pro bono work and have always been a proponent. Being president and being a part of ISBA leadership is just another extension of the pro bono idea of giving back.”

Looking back, Weiler sees his time at NIU as a turning point for his life.

“Without my time at NIU, I wouldn’t have anything I have today,” he said. “My wife, my family, my closest lifelong friends, my profession—and literally being the person I’ve become professionally and personally—all derive from NIU. The University gave me the opportunity to achieve everything I’ve ever wanted in life, and in the final analysis, that is all we can ever ask from any educational institution: opportunity.”