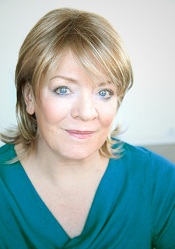 Jaymie Simmon took the stage in 1970 when she was named outstanding senior at NIU. After graduation, she made the world her stage - one that keeps her family, alma mater, and community in the spotlight.

Simmon has 25 years of experience as a small business owner specializing in corporate and organizational communications, marketing, copywriting, and video production. She is an award-winning producer, having hosted the Emmy-nominated local TV show Kankakee Valley Prime Time. Her novel, The God Gene, has won similar acclaim, earning the prestigious National Indie Excellence Book Award for literary fiction in 2013.

Simmon’s community involvement includes serving on several boards, including the Riverside Health Care Foundation, the Kankakee Area YMCA, and the United Way of Kankakee County. She currently serves as vice chair of the NIU Foundation board and is on its Executive and Red and Black committees. For her tremendous community service, Simmon was named Citizen of the Year by the Kankakee River Valley Chamber of Commerce in 1998.

Simmon’s Huskie roots run deep. She met her husband, Harry Simmon, while they were students at NIU. Harry was named outstanding senior in the theatre department in 1969, and their son, Grant, carried on the family tradition when he was named outstanding senior in 2000. Together, Grant and Jaymie are a powerful force for NIU as volunteer producers of the NIU Foundation Red and Black, the university’s premier social event celebrating faculty and students.

Harry and Jaymie have contributed to the Richard Arnold and Walter Dewey theatre scholarship funds at NIU. Their Simmon Scholar endowment at Northern provides support for undergraduates participating in the Research Rookies program, which pairs freshmen, sophomores, and transfer students with professors who mentor them, include them on their research teams, and assist them with original research projects.