Thomas R. Karl was born and raised in Evergreen Park, Illinois. He received his B.S. degree in Meteorology from NIU in 1973, his Masters Degree from the University of Wisconsin, Madison in 1974, and was awarded an honorary Doctorate of Humane Letters from North Carolina State University in 2002.

Dr. Karl is the Director of the National Oceanic and Atmospheric Administration's National Climatic Data Center in Asheville, North Carolina, and is NOAA’s Program Manager for Climate Observations and Analysis. He has served and continues to serve on a variety of National Research Council Committees.

Dr. Karl is a frequent contributor to various news outlets. He has briefed members of Congress and provided testimony on issues related to climate change. He has also briefed various members of the Executive Branch including past Presidents. Dr. Karl is a fellow of the American Meteorological Society. He is also a fellow of the American Geophysical Union and a National Associate of the National Research Council. 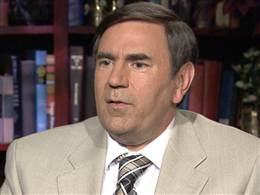 Dr. Karl is author of many climatic atlases and technical reports, and has published over 150 articles in various scientific journals. He was identified as one of the most frequently cited earth scientists of the 1990s. His articles address climate, climate variability, and climate change. He has also served as editor of the Journal of Climate (1997-2000) and Lead Author, Coordinating Lead Author, and Review Editor of several IPCC reports, co-chair of the US National Assessment of Climate Change and Variability and recently completed the first Climate Change Science Program Synthesis and Assessment Report on Temperature Trends. He was part of the IPCC process that received the 2007 Nobel Peace Prize. Dr. Karl has also served as editor or contributor to a number of commercial textbooks on topics ranging from the 1988 U.S. drought to climate and biodiversity.