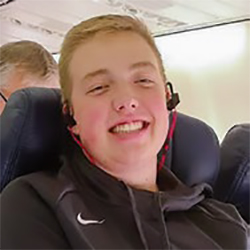 This year LEAD returned to the University of Arizona and competed in the 15th Annual Eller Collegiate Ethics Case Competition. University of Arizona’s Eller School of Management hosts the competition for 25 of the top private and public business schools in the United States, Canada, and Mexico.

The purpose of this invitation-only competition is to expose students to a controversial business ethics case in which they can apply the skills they have gained in their life as a professional and a student. The NIU veteran competitor Noah Templin and first-time competitor Robby Bishop were the LEAD members chosen to represent NIU this year.

Noah and Robby had three weeks to research a case and prepare a presentation for a panel of judges, while competing against other teams. The teams were asked to present a proposed course of action against a hacker that stole intellectual knowledge and customer data.

Taking on the role of co-chairmen of the Board of Directors of a fictitious life-support system company, Robby and Noah were the deciding vote on whether to act offensively and hack the organization back or play defense by securing the corporation’s network against future hacking incidents. Space Inc., the life-support company, was assisted by a cyber security company named Death Knell Inc. Death Knell was hired before the attack. The objective of the case was to evaluate the financial, legal, and ethical implications of each option (to hack back or not), and decide on which course of action the company should take. 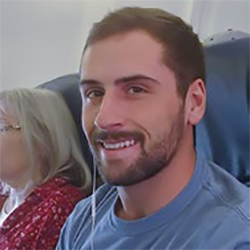 Robby and Noah spent numerous hours researching the financial and legal aspects of the two potential options presented to them, while implementing the BELIEF Decision-Making Model to provide insight to the ethical issues of the case. They presented their case before the BELIEF Corporate Advisory Board members and received valuable feedback to help shape their official presentation. The team also received help from other LEAD members, LEAD alumnus Sam Kunde, Dr. McCoy and other professionals.

Unfortunately, the competitors were not able to make it to the final round, but they gained an enormous amount of experience about the process of making an ethical decision, how to research ethical dilemmas, and presenting these dilemmas in a succinct and meaningful way. Robby anticipates returning next year and improving upon the success of the team.

Dr. McCoy reports that he could not have been more proud of the NIU representation this year. In his words, “We haven’t had a team to perform this well since we took second place in 2011.”