Marilyn Stromborg: A Force of Change 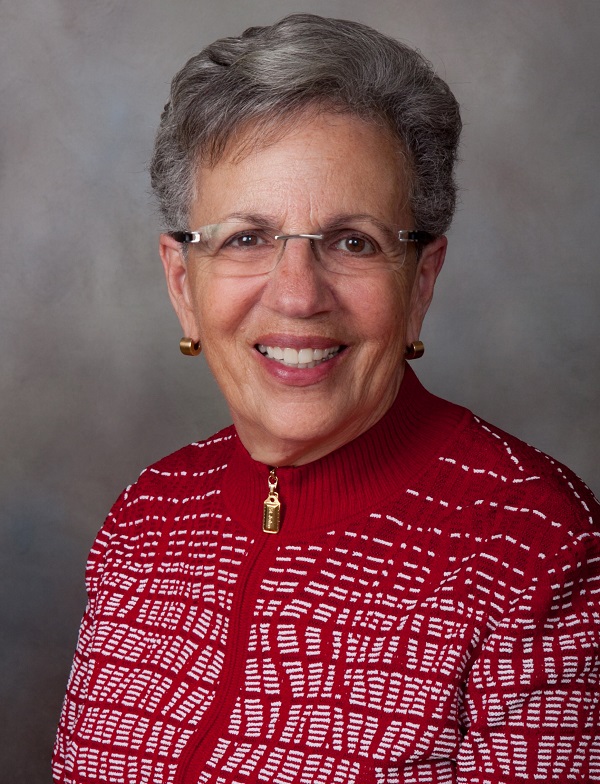 rilyn Stromborg has always been a force of change in her many careers. She has changed lives as a nurse, a professor and chair of the Northern Illinois University School of Nursing, an author, an assistant state’s attorney and a drug court coordinator.

In recognition of her accomplishments to improve and protect the health and welfare of populations locally and nationally, the NIU Alumni Association has chosen Stromborg to receive the Alumni Achievement in the Sciences Award.

After earning her B.S. in biological sciences from NIU and an M.S. in nursing from New York Medical College, Stromborg served as a captain in the U.S. Air Force Nurse Corps. Following her military career, she earned an adult nurse practitioner license from Rush University and a doctorate in educational psychology from NIU. She began working as a professor in the NIU School of Nursing in 1978 and retired as chair of the school in 2004.

“We increased our research productivity and scholarship tremendously,” said Stromborg in regard to her term as chair. She also saw the School of Nursing graduate program transition into an advanced practice curriculum.

In 1997, she was named Distinguished Research Professor at Northern and was the second woman in NIU history to receive the honor.

During her nursing career, she wrote eight books (receiving the Book of the Year Award twice from the American Journal of Nursing), 83 articles and 35 book chapters and made 230 presentations in the U.S., Canada, Europe and the Middle East. Her literature contributions have advanced the nursing care of cancer patients and have helped with the prevention of cancer in minority populations.

She has received the highest honors that the Oncology Nursing Society and American Nurses Association bestow on a member, and the American Cancer Society has recognized her as an outstanding researcher.

In the 1970s, Stromborg decided to work with a small group to found DeKalb County Hospice. Hospice “was a concept that was sweeping the nation,” she said. So she worked with a DeKalb County health department representative, two other nurses and a minister to convince clubs, nursing groups and physicians that it was the right thing to do.

Another large study that she did measured radon levels in homes in DeKalb County. Through a grant from the state, she worked with her project director, Tammy Duckworth (now a U.S. senator), from 1999 until 2001 to provide county homes with free radon kits and determine radon levels.

After retiring from the School of Nursing, Stromborg started her career as a lawyer. This career included two years as an assistant state’s attorney in DeKalb County and nine years as coordinator of the DeKalb County Drug/DUI Court, which she retired from in 2014. The program was developed to help defendants overcome drug addiction or alcohol problems so that they could be rehabilitated and re-integrated into society. As a result of her leadership, the court was named one of the best drug courts in the country.

In her retirement, Stromborg volunteers with the School of Nursing to mentor faculty to help increase research and grant writing, and she visits the DeKalb County Courthouse twice a week to help the Circuit Clerk’s Office with legal research.

Northern will always be a special place for her because it was the start of her higher education and the place where she met her husband – in comparative anatomy their senior year.

"NIU and the professors I had as an undergraduate, graduate student and law student gave me the knowledge and skills necessary to be successful," she said.