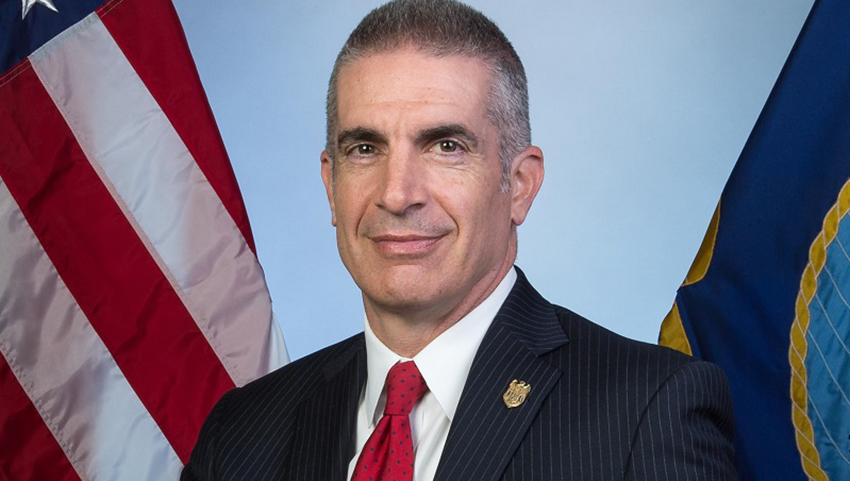 Andrew Traver, director of the Naval Criminal Investigative Service, is the 2018 Distinguished Alumnus of the Year for his years of commitment to protect the nation and for giving back to NIU.

Andrew Traver always felt called to do something larger than himself and to serve the nation. After serving in the U.S. Navy and working for the Department of Justice with the Bureau of Alcohol, Tobacco, Firearms and Explosives (ATF), he was chosen as the director of the Naval Criminal Investigative Service (NCIS) in 2013, reaching the pinnacle of his career in federal law enforcement.

In recognition of his years of commitment to protect the nation, the Northern Illinois University Alumni Association has chosen Traver to receive the 2018 Distinguished Alumni Award.

Prior to his selection as director, Traver began his career with ATF in 1987 as a special agent in Chicago, where he investigated violent gang-related crime and violations of federal firearms, narcotics and explosives laws. During his 26-year career with ATF, Traver served as a special agent and in supervisory positions throughout the United States, including: as an assistant special agent in charge of the San Francisco and New Orleans field divisions; in the ATF headquarters’ Office of Inspection; as the resident agent in charge of the Camden, New Jersey, field office; and as a group supervisor in the Philadelphia field division.

He also served as the special agent in charge (SAC) of the Denver and Chicago field divisions. From 2004 until 2012, he was responsible for overseeing the state of Illinois as the SAC of the Chicago field division. Under his administration, the Chicago ATF successfully disrupted and dismantled some of the most violent street gangs, outlaw motorcycle gangs and illicit firearms trafficking factions in Chicago.

“My most important achievements have always been leaving whatever post of duty I served in better off than when I arrived,” Traver said, “primarily focusing on enhancing communication, improving morale, engendering trust and decentralizing decision-making to the lowest effective level.”

As the fifth civilian director of NCIS, he leads the agency as it investigates and defeats terrorist, foreign intelligence and criminal threats to the U.S. Navy and Marine Corps via land, water and cyberspace.

Like the “NCIS” TV series, the crimes investigated are similar, but the investigative work is infrequently as exciting or glamorous.

“Firearms are rarely drawn outside of training, and the work requires fastidiousness, perseverance and patience,” Traver said.

He is also ardent in making a difference outside of law enforcement circles.  As a prostate cancer survivor, he has been a supporter and mentor to those battling the disease. He has also served as a volunteer with a wounded-warrior nonprofit group that supports and assists wounded and disabled veterans who served in Iraq and Afghanistan.

“I simply felt compelled to help those courageous souls who sacrificed so much after they returned home,” he said.

His dedication to protect and serve, together with his willingness to give back to his alma mater, earned him the Distinguished Alumni Award from the NIU College of Liberal Arts and Sciences in 2016.

Traver has returned to campus regularly over the years to speak to groups, particularly to students in criminology courses through the Department of Sociology.