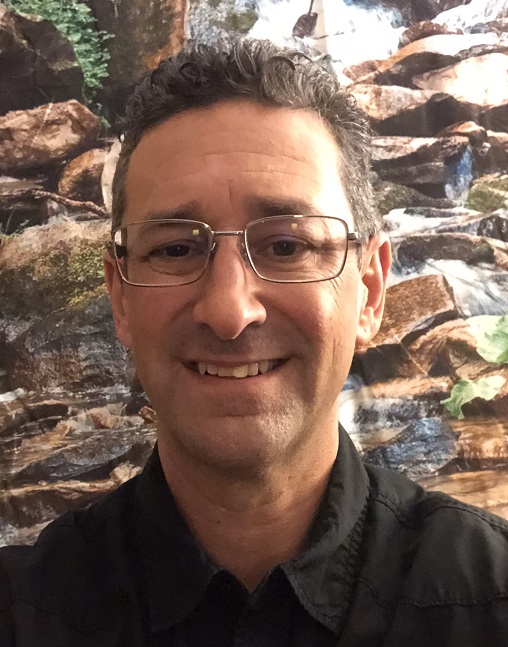 The Man Behind the Scenes for PBS and CBS

Marc Shaykin, '89, has worked for virtually every TV station in Chicago as a director and has put in long hours to get there.

Working 60 to 80 hours a week as a director in TV broadcasting in Chicago was part of freelancing for Marc Shaykin when he was trying to make a name for himself in his field.

“If I didn’t love what I did, I could not have handled weeks like that,” the Skokie resident said.

After graduating with a B.A. in communication studies in 1989, Shaykin spent almost a year constantly calling job contacts and sending out resumes. He landed a job at WREX-TV in Rockford as a director and was there for two years before moving on to WCIU-TV in Chicago.

He then spent over a year making constant calls and sending out resumes before landing a job at WGN-TV, where he directed news, a weekly sports show, the state lottery game show and coverage of the Chicago Cubs, White Sox and Bulls games.

“Once I got in Chicago, it was dedication to the craft and making as many contacts as possible,” Shaykin said. “It was those contacts that got me into the Directors Guild of America (DGA) and a freelance job at CBS. That is when I knew I had to continue to work hard at what I was doing. Contacts would multiply and more freelance jobs would come my way from the other TV stations in town.”

Shaykin spent 16 years working in a DGA position as a freelance director at ABC, CBS, NBC, FOX, PBS and Harpo. Besides often directing news and public affairs shows, he spent several years working for “The Oprah Winfrey Show” and “The Rosie Show.”

For the last four years, he has been staff director of “Chicago Tonight” and “Check Please!” for WTTW-TV (PBS). In addition, he is a video director for live music performances at the Ravinia Festival and directs news, parades and public affairs shows for WBBM-TV (CBS) as a freelance director.

“My greatest conflict has been trying to balance work and family,” he said.

His understanding wife is what has allowed him to do his job, which has meant giving up holidays, waking up at 1 a.m. on weekends and working 10 to 15 days in a row.

“She knew what she was getting into by marrying a TV director and has sacrificed a lot to let me pursue a career in this wacky field called television,” Shaykin said.

NIU helped him become independent and get his feet wet in the TV business.

“I enjoyed the freedom of being me – no parents, just their initial guidance and foundation they gave to me to make decisions by myself,” he said.

When he thinks about Northern, he remembers enjoying four years as a member of the Sigma Alpha Mu Fraternity and working as a bouncer and DJ at McCabe’s.

Working at the Northern Television Center prepared him for his professional career. He shot the news with a professional camera and then edited video to produce a live 30-minute newscast. He learned audio, camera operation, graphics, stage management, directing, anchoring and reporting to do the job professionally.

While perseverance and hard work got him where he is today, Shaykin said, the key to success is finding a passion.

“If you can go to work every day and love what you do, then you have the best job ever,” he said.