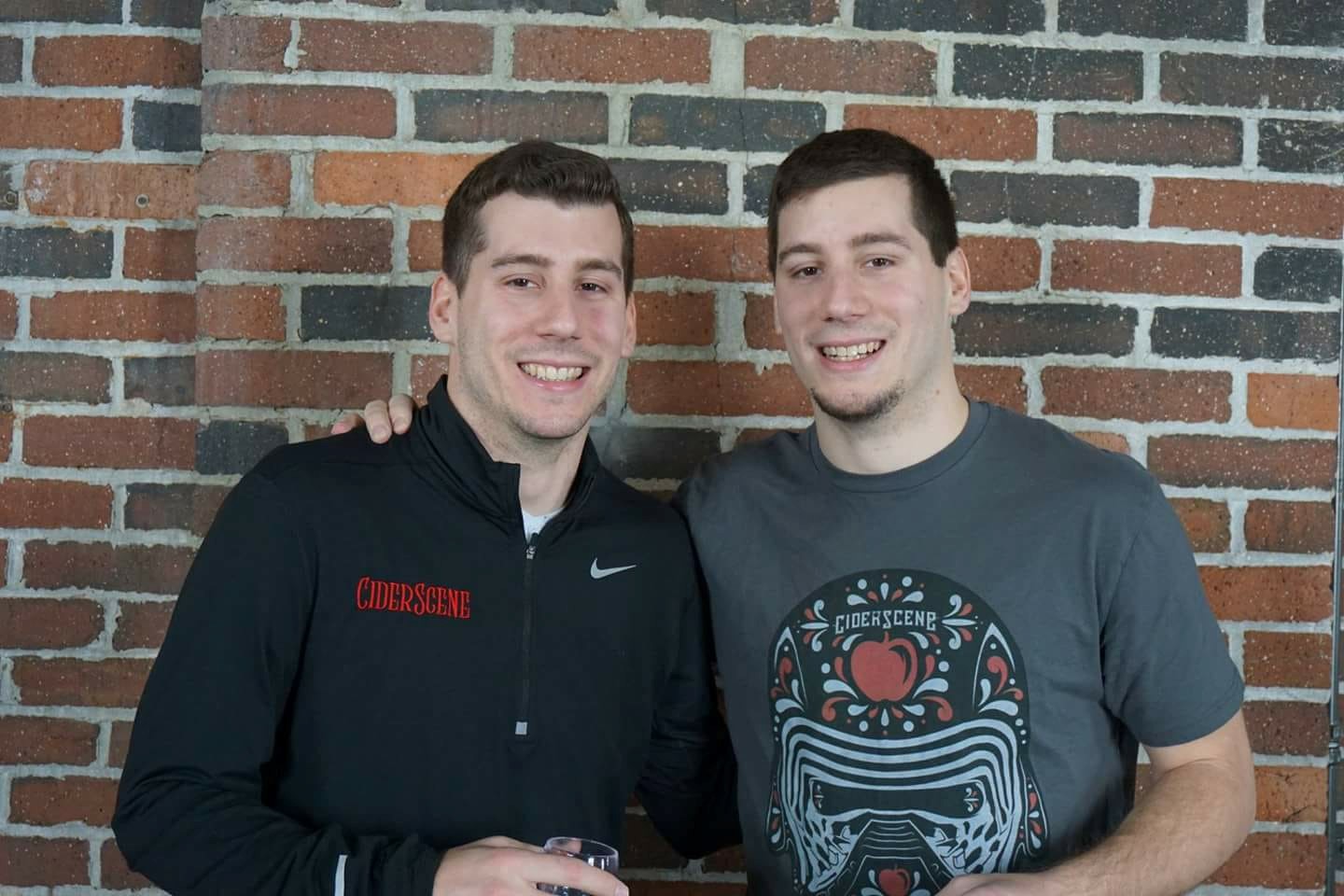 Twin brothers Trevor and Nolan O'Malley have created the blog CiderScene so lovers of hard cider can discover favorites and brew producers can grow in this expanding market.

Apple pie is a staple of America, but if you talk to twin brothers Trevor and Nolan O’Malley, they’ll say hard cider was the start of the apple culture.

They’ll tell you that early colonists brought over swarms of bees to pollinate apple trees and that our founding fathers were orchard growers and avid hard-cider producers.

In their spare time, the brothers run ciderscene.com, which provides recipes, a list of hard-cider businesses, fun facts and stories. At the blog, they also offer marketing services to cider makers, such as product reviews, press releases, and radio and TV spots.

CiderScene is their answer to fulfill their passion for sales and marketing and of course hard cider.

“We are a small marketing/PR firm for the craft cider industry,” Trevor said. “We have been doing this for two years and have really become a large face of the U.S. cider culture.”

Beer making and microbreweries brought back the resurgence of hard cider in the U.S., according to their website, and cider making has grown since the mid-1990s.

Through their humor, the O’Malleys share cider facts at the site and explain how hard cider is made. For instance, the process of fermentation can take three months to up to three years, depending on the particular product.

They also offer dozens of recipes spiced with the brew, from soup to pancake concoctions. The brothers create the recipes by modifying ones that they find online and are inspired by suggestions from sister Janelle O'Malley, '12, who is a chef and an artist.

Outside of looking for the next up and coming cider, Trevor specializes in mechanical engineering, which was his major at Northern Illinois University. The 2013 graduate works as a business development manager in the Chicagoland area and sells equipment to General Electric and other manufacturers. He previously worked as a product manager for the Advanced Machine and Engineering Co. in Rockford.

Brother Nolan lives in Nashville, Tennessee, and works as a senior marketing manager for Acadia Healthcare to promote its behavioral health facilities. After obtaining his English degree in 2012, he became a marketing coordinator for SMG in Rockford, where he did marketing for the Coronado Performing Arts Center, BMO Harris Bank Center and Rockford IceHogs, a professional hockey team.

Although Nolan’s major wasn’t marketing, his English professors taught him how to convey effective messages and drive marketing campaigns.

“The English program taught me two very important lessons — how to be analytical and how to be a successful student,” Nolan said. “The professors were always finding ways to drum up more than a simple discussion.”

Because of hands-on experience in the engineering program and an internship, Trevor had an edge to land a job and gained experience in sales and product development.

With their work experience and foundation skills from NIU, they felt confident to market the cider business.

“We have the opportunity to take two passions, cider and our career skill sets, to create something fresh, exciting and much needed for the industry,” Trevor said. “CiderScene is really the amalgamation of everything we did at NIU.”