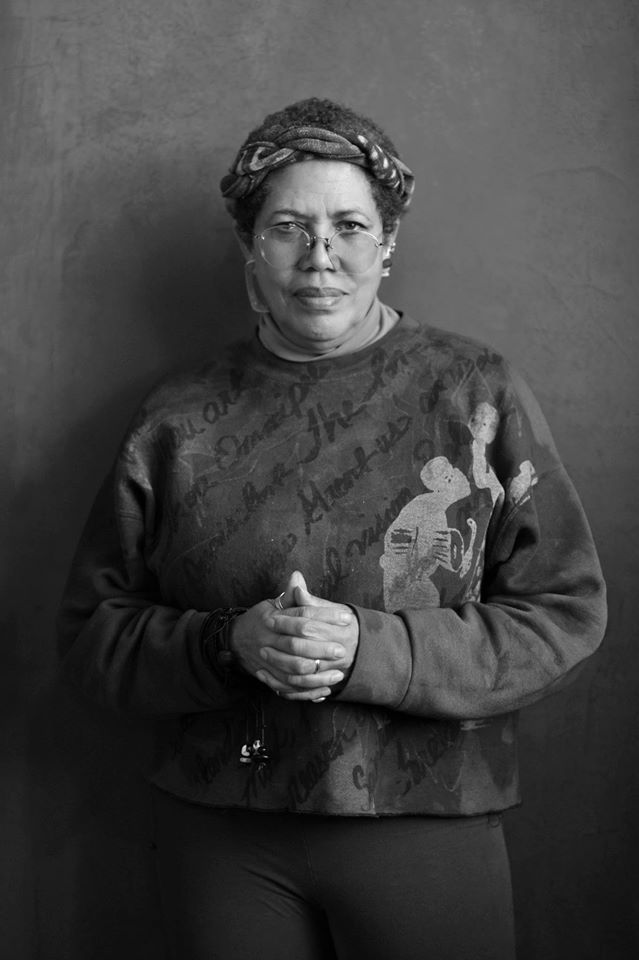 Fulfilling and Fortifying Her Dream and Love of Art

Arlene Turner-Crawford, '71, is this year's NIU Alumni Achievement in the Arts Award winner.

Arlene Turner-Crawford has spent the past four decades as an advocate for social justice, civil rights, community involvement and cultural heritage through her career as an artist and educator.

It is because of this connection to NIU through her contributions in the fields of art, community building, and social activism that the NIU Alumni Association has chosen Turner-Crawford for the 2019 Alumni Award for Achievement in the Arts.

Turner-Crawford first fell in love with art as an elementary school student.

“When I was quite young, I found some drawings my mother had done when she was in high school and I remember thinking I wanted to draw like that,” Turner-Crawford said.

As a child, Turner-Crawford met the legendary Chicago artist and teacher Dr. Margaret T. Burroughs, who co-founded what is now known as the DuSable Museum of African American History. That meeting, between third-grade student Turner-Crawford and Burroughs, made an enormous impact on Turner-Crawford that would last a lifetime.

“In grammar school, I began to enjoy my art instruction and when I was in third grade, my art teacher, who was a good friend of my grandmother, introduced me to Margaret Burroughs,” Turner-Crawford said. “As a third grader, Margaret Burroughs said to me that if I liked art, I should begin to see myself as an artist, creating art in the future and being successful. I carried that with me from then on.”

Turner-Crawford continued to pursue art in high school and spent time visiting the Art Institute of Chicago and the South Side Community Art Center, and by the time she was a senior, she said, she decided she wanted to major in art in college.

Turner-Crawford remembers that she transferred to NIU in the fall of 1967 and lived off campus her entire time at NIU.

She said the campus bowling alley in the student union was the meeting place for most of the black students at the time. Later the Center for Black Studies, a
building space that was donated to the CHANCE Program, became “a hub of activities, meetings, and events for all black students.”

Turner-Crawford described what it was like being on a college campus in the late 1960s and early 1970s as black students took on issues including the lack of black faculty at NIU. The hiring of black art faculty members Nelson Stevens and Grace Hampton-Porter, following a student protest and sit-in at Altgeld Hall, was a turning point in her role as an artist, Turner-Crawford said. She described Nelson Stevens as her mentor.

“Through Nelson’s influence and meeting the artists of AfriCOBRA, I found a reason to empower my love of art; I was inspired by black artists who were the
vanguard of a cultural movement and I made a conscious choice to make art that spoke of my heritage and celebrated black values and community,” she said. “My study at NIU became the catalyst that grounded me in a sense of purpose that was timely and profoundly important for my future.“

“Richard Long was the instructor of my first college drawing class at NIU,” she said. “He was also the first to impress me with his concern for teaching students and his knack for getting the best out of us.”

Since her time at NIU, Turner-Crawford has become an artist of renown in a variety of media.

This year, her art is featured at the Museum of Science & Industry in Chicago as part of its “Black Creativity Juried Art Exhibition.” Last year, Turner-Crawford’s art was included in “The Time is Now! Art Worlds of Chicago’s South Side 1960-1980,”an exhibit at the Smart Museum of Art at the University of Chicago. These were just two of the many exhibitions and shows Turner-Crawford has participated in over her decades as an artist.

“The media I use depends on what I want to say about the image,” she said. “As an artist, I want to continue to grow and working in different media challenges me to learn new things.”

Turner-Crawford has spent more than four decades in the educational arena, most recently at the Carruthers Center for Inner City Studies at Northeastern
University in Chicago, where she served as part-time faculty from 1988 to 2011, and served on staff as senior program associate for retention and unit head of student/cultural affairs.

“If I were to impart wisdom to a current student, it would be that college is a time to make new friends and gain experiences that can help you to grow,” she said. “Be open, believe in self and discover your talents.”